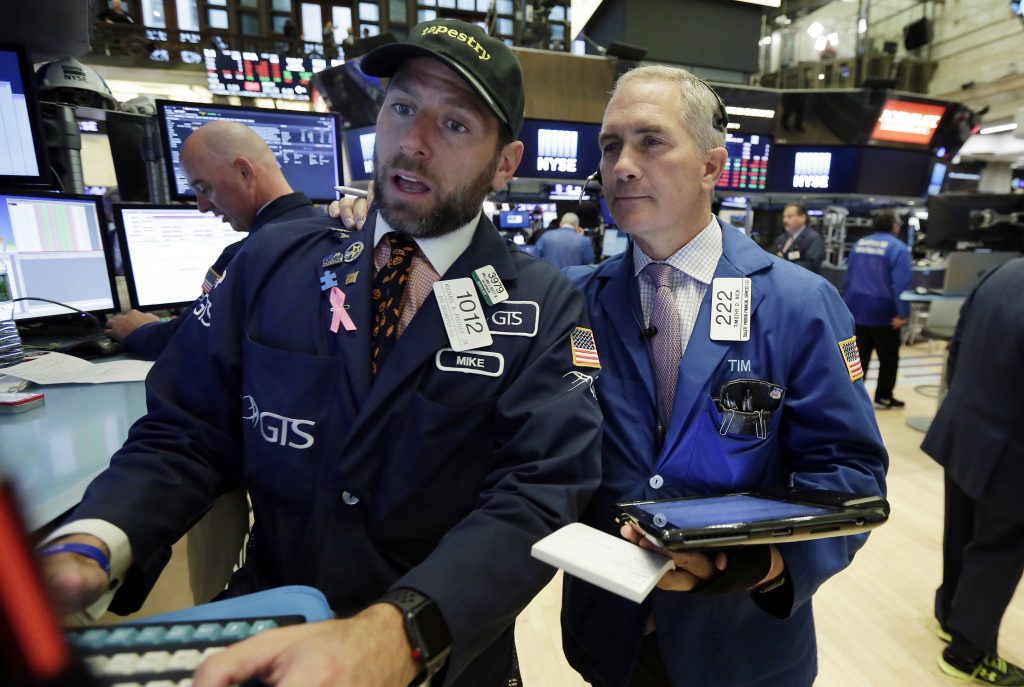 A jump in shares of consumer companies Mondelez and Kellogg after their quarterly reports, along with further gains for tech stocks on Tuesday, put the three major Wall Street indexes on track for their best monthly gains since February.

Those stocks boosted the S&P consumer staples sector, which rose 1.0 percent to lead all major groups.

Apple rose 1.7 percent to a record high after positive reviews of its much-anticipated iPhone X. The stock provided the biggest boost to all the three major indexes.

“You look at the earnings out of these big players, and they continue to impress,” said Steve Chiavarone, portfolio manager with Federated Investors in New York. “It strikes me that that leads you to a much more bullish outlook for the fourth quarter.”

Investors are also waiting for an announcement on the next Federal Reserve chair, which could come this week. President Donald Trump is likely to pick Fed Governor Jerome Powell, who is seen as more dovish on interest rates so relatively stock market friendly sources have told Reuters.

The Fed starts its two-day meeting in Washington on Tuesday, although the central bank is widely expected to leave interest rates unchanged in its statement on Wednesday.

Market-watchers are also tracking developments of the tax-cut plan being developed by Trump and fellow Republicans.

Third-quarter earnings in general have come in modestly above expectations.

With more than half the S&P 500 components reported, earnings are estimated to have climbed 7 percent in the quarter, up from an expectation of 5.9 percent growth at the start of October, according to Thomson Reuters I/B/E/S.

But not all reports have earned a positive stock reaction. Pfizer shares slipped 0.8 percent after the drugmaker’s results.

Under Armour slumped 19.0 percent after the sportswear company slashed 2017 forecasts.

In other corporate news, Apple has designed iPhones and iPads that would drop chips supplied by Qualcomm, according to two people familiar with the matter. Qualcomm shares plunged 7.7 percent and were the biggest drag on the S&P and the Nasdaq. Shares of chipmaker Intel rose 2.5 percent.

Advancing issues outnumbered declining ones on the NYSE by a 1.55-to-1 ratio; on Nasdaq, a 1.85-to-1 ratio favored advancers.