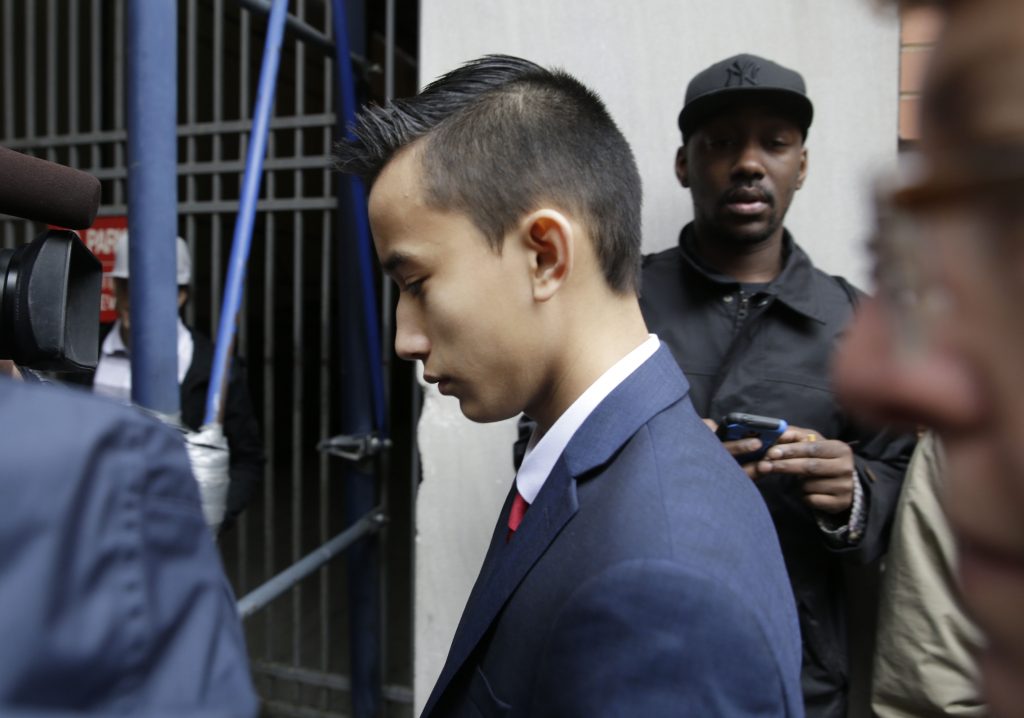 A daredevil known for climbing skyscrapers and posting hair-raising images on social media has been sentenced to three years’ probation for stunts on two Manhattan apartment buildings.

The Daily News reports that 20-year-old Justin Casquejo was sentenced Tuesday for hanging off a 52-story building last June and a 67-story building in February 2016.

Casquejo had his first climbing arrest in 2014 — at age 16 — at One World Trade Center, which was then a construction site.

Casquejo said outside court that he is “absolutely not” planning any more stunts.

His mother, Gloria Giraldo, says Casquejo is “really smart” and will have an “awesome” future.