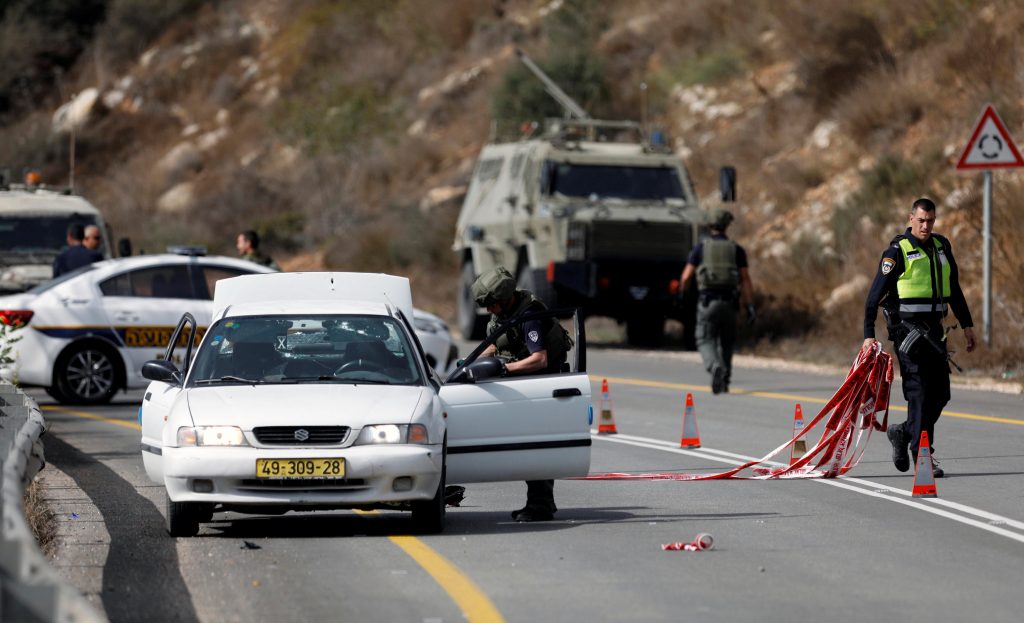 IDF soldiers on Tuesday foiled a car-ramming attack at the entrance to the Binyamin town of Neve Tzuf (Chalamish). The vehicle driven by the terrorists approached the checkpoint at high speed, and failed to stop when signaled to do so. Soldiers shot the driver, injuring him and a passenger. They were taken in moderate condition to an Israeli hospital for treatment. The driver of the vehicle later died of his wounds.

IDF soldiers continued their accelerated campaign of seizing cash and assets of families of terrorists who received “bonuses” from the Palestinian Authority and Hamas for the actions of families members in murdering Jews. Soldiers seized tens of thousands of shekels in cash from families in the Chevron area who had received such payments. In addition to the cash, soldiers seized several vehicles belonging to families of terrorists. Weapons were also seized in the raid.

The raid was a continuation of a campaign that began over the summer, in which the IDF is targeting terrorists who benefit from the policies of the Palestinian Authority to supply pensions and payments to the families of terrorists who carry out attacks against Israelis.

Israeli officials believe that these payments encourage young Palestinians, who have few prospects, to carry out attacks, as they will be heralded as “heroes” among family and community members for their actions, and for providing money for their family.

Overnight Monday, security officials said they arrested 23 wanted security suspects in other areas in Yehudah and Shomron. The suspects were wanted for participating in rioting and throwing stones and firebombs that endangered Israeli civilians and IDF soldiers. Several of the suspects were also charged with belonging to Hamas. All were being questioned on their activities by security forces.