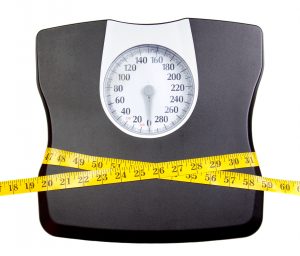 One of every four Israelis living in the Negev and Galilee are overweight — while in the center of the country, that figure is just one in five, the Clalit Health Maintenance Organization said in a new study of weight and health among Israelis. The study will be presented at an upcoming convention of dietitians, and is based on a scientifically determined sample of members of Clalit, the largest HMO in Israel.

More women than men were overweight in general, especially in the Arab sector, the study said. According to researchers, the Arab sector in general was fatter because residents of Arab communities ate too much junk food and did not exercise enough. Gastric bypass surgery, used to help obese patients lose weight, also had more success in the Jewish sector, with 10 percent more of Jewish patients than Arab patients managing to keep the weight off within several years of having the surgery.

According to Dr. Nassan Sakran, one of the researchers behind the study and chairman of the Israel Committee for Metabolic Surgery, it’s all a matter of lifestyle. “We can conclude that the reason for a lack of success among patients in the Arab sector, and the weight problem in general, is due to the lower socio-economic, education, and employment opportunities in the Arab sector, as well as being less open to messages regarding healthy eating, poor eating habits, and less awareness of the importance of physical activity. In order to reverse these problems, lifestyle changes are needed,” he added.