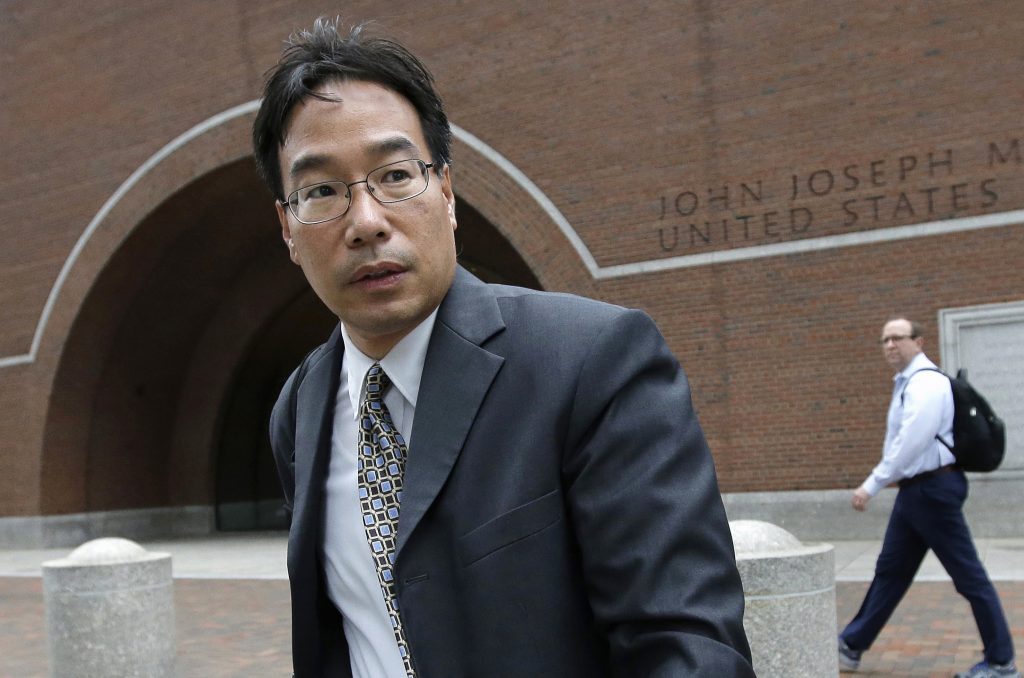 A pharmacist at a Massachusetts facility whose tainted drugs sparked a nationwide meningitis outbreak that killed 76 people was cleared Wednesday of murder, but convicted of mail fraud and racketeering.

Jurors in Boston concluded Glen Chinn was not responsible for the deaths of people who were injected with mold-contaminated drugs produced by the now-closed New England Compounding Center in Framingham. As the supervisory pharmacist, Chin oversaw the clean rooms where the drugs were made.

Prosecutors say Chin instructed his staff to use expired ingredients, failed to properly sterilize the drugs and ignored findings of mold and other bacteria in the rooms.

Chin’s attorneys argued he can’t be blamed for the deaths because there’s no evidence he caused the drugs to become contaminated.

His lawyers blamed the pharmacy’s co-founder, Barry Cadden, who they said treated employees poorly and ordered them to cut corners to increase production and profits.

Jurors acquitted Cadden of second-degree murder under the federal racketeering law but found him guilty of fraud and conspiracy. Cadden tearfully apologized to the victims in June before he was sentenced to nine years in prison.

Chin was charged with second-degree murder in the deaths of 25 people in Florida, Indiana, Maryland, Michigan, North Carolina, Tennessee and Virginia.

The outbreak of fungal meningitis and other infections was blamed on contaminated injections of medical steroids, given mostly to people with back pain.

More than 700 people in 20 states were sickened in what’s considered the worst public health crisis in recent U.S. history. The federal Centers for Disease Control and Prevention put the death toll at 64 in 2013. Federal officials identified additional victims in their investigation, raising the total number of deaths to 76.

The outbreak sparked calls for increased regulation of compounding pharmacies, which differ from ordinary drugstores in that they custom-mix medications and supply them directly to hospitals and doctors. Congress passed a bill in 2013 giving federal officials more oversight over the pharmacies.