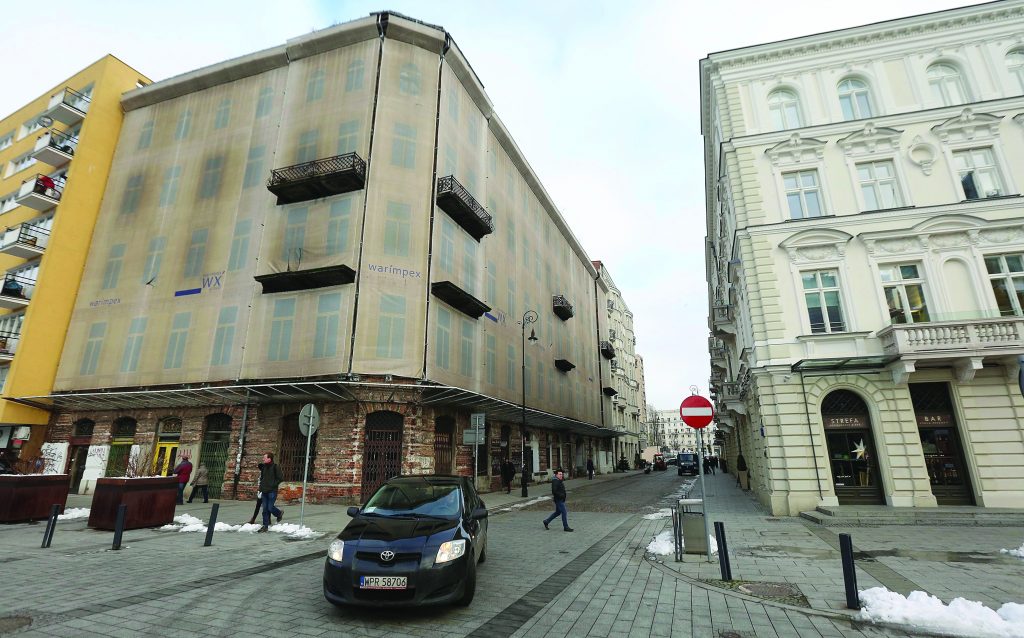 A law that the Polish government plans to introduce, that would all but end restitution cases on Holocaust-era property, has met with criticism.

The move responds to long-held complaints from the international Jewish community and others that Poland is the only member of the EU that has failed to establish a comprehensive compensation program. The proposal responds to this criticism, but proposes to require that claimants live presently in Poland and be direct heirs to the property in question, conditions that very few can meet.

“As a child of Holocaust survivors from Poland, I was very distressed to learn of this proposed law,” Shlomo Werdiger, chairman of the board of Agudath Israel of America and member of the World Jewish Restitution Organization (WJRO) told Hamodia. “This all but closes the door on the ability of the vast majority of survivors and their heirs to get back what is rightfully theirs.”

“These conditions would essentially make the whole law worthless,” Abraham Biderman, co-chairman of the WJRO, told Hamodia. “This is the most serious attempt there’s been at a real restitution law, but it’s also the least helpful one.”

The conditions of the law were outlined in a press conference last Friday, but the law has not been formally drafted or submitted to parliament. In the wake of the announcement, there have been many calls for Jewish groups and foreign governments, including the United States and Israel, to apply pressure on Poland to loosen restrictions in a way that would allow for a broader base of Holocaust victims and their descendants to reclaim properties in the country.

Abraham Biderman, co-chairman of the World Jewish Restitution Organization (WJRO), told Hamodia that he was “not very optimistic” the Polish government would be receptive to calls for change, but urged that “continuous pressure” be applied.

“Whatever we could get would be far better than what they are proposing,” he said.

Since 1993, the WJRO has urged the government of Poland to address the issue of Holocaust-era restitution in a comprehensive manner. Roughly half of the Jews who perished in the Holocaust resided in Poland.

Following the Allies’ victory in the Second World War, the then-ruling communist government of Poland passed a series of laws transferring private property to government hands.

During the subsequent Cold War years, it was virtually impossible to advance any attempts at restitution, but in the years since 1989, many survivors and their families have tried to follow up on claims made in the immediate postwar era, when some filing was allowed. The lack of a comprehensive compensation program forces all claimants to bring their claims in local courts. The challenge has discouraged many from even trying to pursue claims, and most that have tried find their cases stymied in the legal system.

Some communal properties, including cemeteries and yeshivah buildings, have been returned, but all individual claims for restitution must go through the Polish court system, an obvious impediment to the families of survivors, very few of whom live in Poland.

Last year, the city of Warsaw set a six-month limit for survivors and their families to reinitiate legal proceedings on the 2,613 unsettled claims originally pursued under a 1945 statute that had allowed for claims by Holocaust victims. That initiative has also garnered criticism from WJRO and others who say the time frame is too short and that other details of the process make it very difficult for victims or their families to actually reclaim property.

Critics have said that Warsaw’s law, as well as the present proposal, are chiefly motivated by a desire to free up valuable property from claims and to encourage development.

“This law is a self-serving piece of legislation to clean up titles on property that rightfully belonged to Holocaust victims,” Mel Urbach, an attorney who specializes in recovering items lost or stolen during the Holocaust, told Hamodia.

Mr. Urbach was one of multiple attorneys involved in a class-action suit against the Polish government in 1999 over reparation for Holocaust-era claims.

“It [the present proposal] has so many impossible hurdles for Holocaust heirs that it is impossible to use; it’s a non-starter,” he said. “I would imagine that Israel and the U.S. will pressure them and that this version will never see the light of day… I hope that it can be turned into something meaningful that will have utility and those who deserve it will see some real compensation.”

Poland’s Chief Rabbi, Michael Schudrich, said that the proposal, made by the ruling Law and Justice Party, has more to do with local political considerations that with any agenda vis-à-vis Holocaust victims.

“Warsaw is controlled by the opposition party; this was a way of trying to show how bad their [the Warsaw municipal government’s] law was,” he said. “It could be that they did not understand the full international ramifications and that they might redraft a far more generous version.”

In general, Rabbi Schudrich said that the subject of restitution is not a popular one in Poland, but that it has little to do with the populace’s views on Jews or wartime history.

“For them it’s a simple question of ‘who will pay for this?’ All that most of them are concerned about is that this gets paid for out of their taxes,” he said. “It’s important that the government come to realize the importance of the issue at hand and that it is a simple matter of returning property to its rightful owners.”

Under the present proposal, individuals who are able to sufficiently prove their claim will be eligible to receive 20 percent of the present value of the property in question. If passed, it will close the doors of courts to such claims.

Mr. Biderman said that if a comprehensive law is passed, it will likely be the final word in Poland on Holocaust compensation.

“This is really the last chance, so it’s very important that the legislation not be prohibitive,” he said. “We are trying to influence the Polish government as to how essential it is that this law changes. We have been working for a very long time on this, and it would be tragic for this to be the end of the saga.”