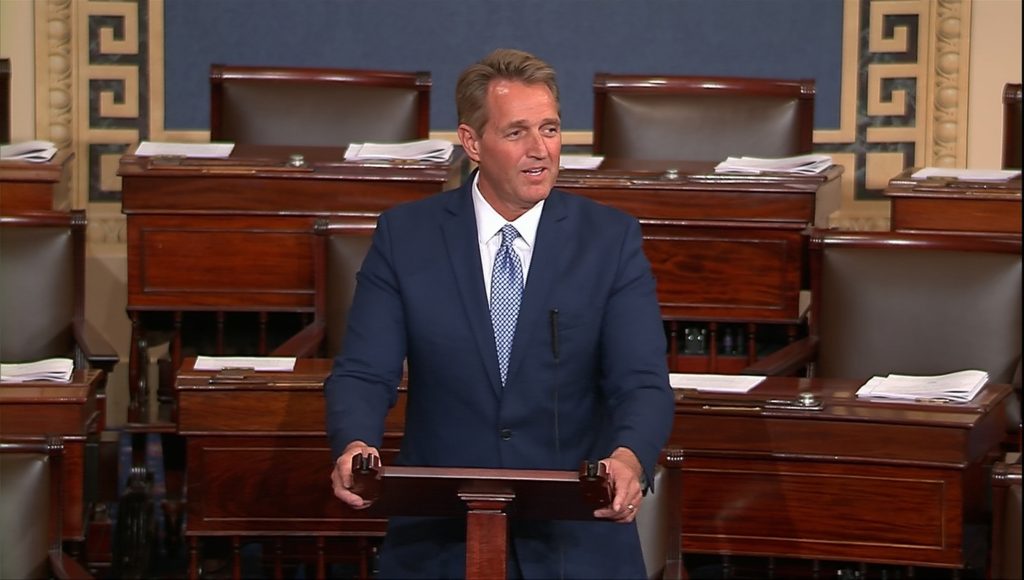 Sen. Jeff Flake, an Arizona Republican, announced Tuesday he would not run for re-election in 2018, condemning in a speech aimed at President Donald Trump the “flagrant disregard of truth and decency” that is undermining American democracy.

In a speech on the floor of the Senate, Flake said, “There are times we must risk our careers. Now is such a time.”

Flake is a conservative who favors limited government and free markets.

“A political career does not mean much if we are complicit in undermining these values,” he said.

After bucking Trump in a state the president won, Flake is bottoming out in polls. Republicans may be left with a hard-core conservative challenger that might win the primary but lose in the general election.