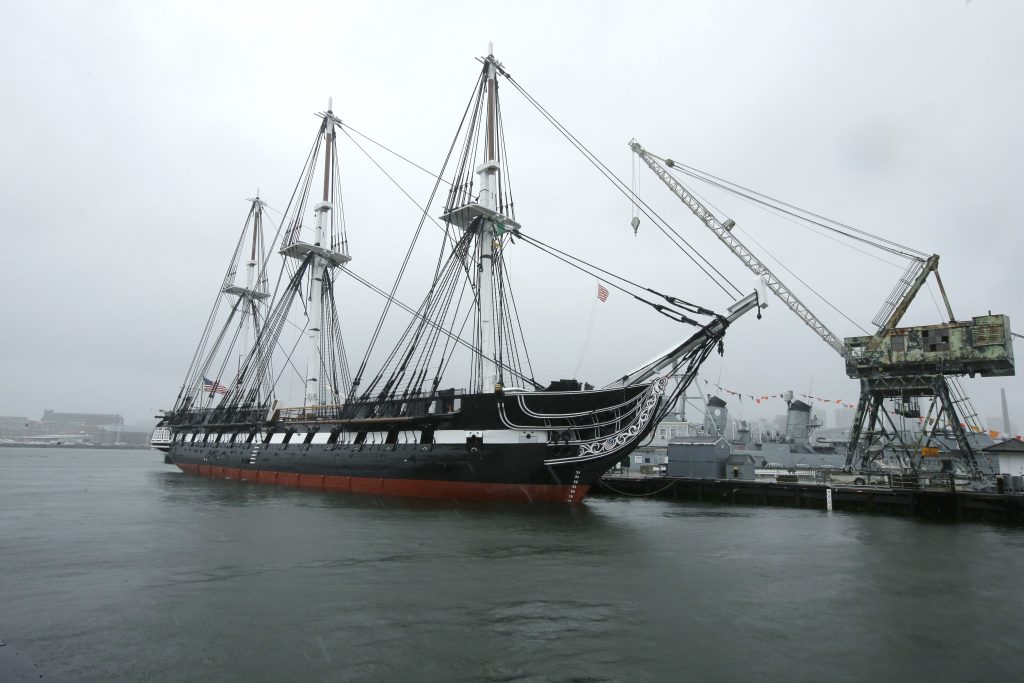 The newly refurbished USS Constitution is taking its first spin in three years.

Friday’s joyride from Charlestown Navy Yard in Boston to Fort Independence on Castle Island will celebrate the U.S. Navy’s 242nd birthday and the 220th anniversary of the iconic vessel’s maiden voyage.

The world’s oldest commissioned warship will fire a 21-gun salute in the waters off the fort, and its cannons will boom another 17 times as it passes the U.S. Coast Guard station — the former site of the shipyard where the Constitution was built and launched in 1797.

It is the warship’s first time underway since October 2014.

The ship earned its nickname “Old Ironsides” during the War of 1812 with Britain.