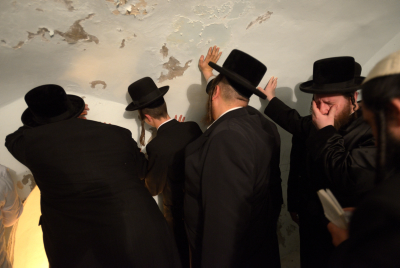 Some 1,500 people entered the tziyun of Yehoshua Bin-Nun in the Arab village of Kifl Haris overnight Thursday, the night of Rosh Chodesh Cheshvan. IDF soldiers accompanied the large crowd. The event was relatively peaceful, save for a single firebomb that was thrown at soldiers. No one was injured, and there was no damage resulting from the attack. IDF soldiers pursued the perpetrator.

On Thursday night, Border Guard officers arrested two Arabs riding on a motorcycle who slammed into an officer at a checkpoint near Beit Hanina in northern Yerushalayim. The two were stopped further up the road and arrested. Security officials said that they did not believe the motivations of the two were terroristic, but the investigation into the incident was continuing.