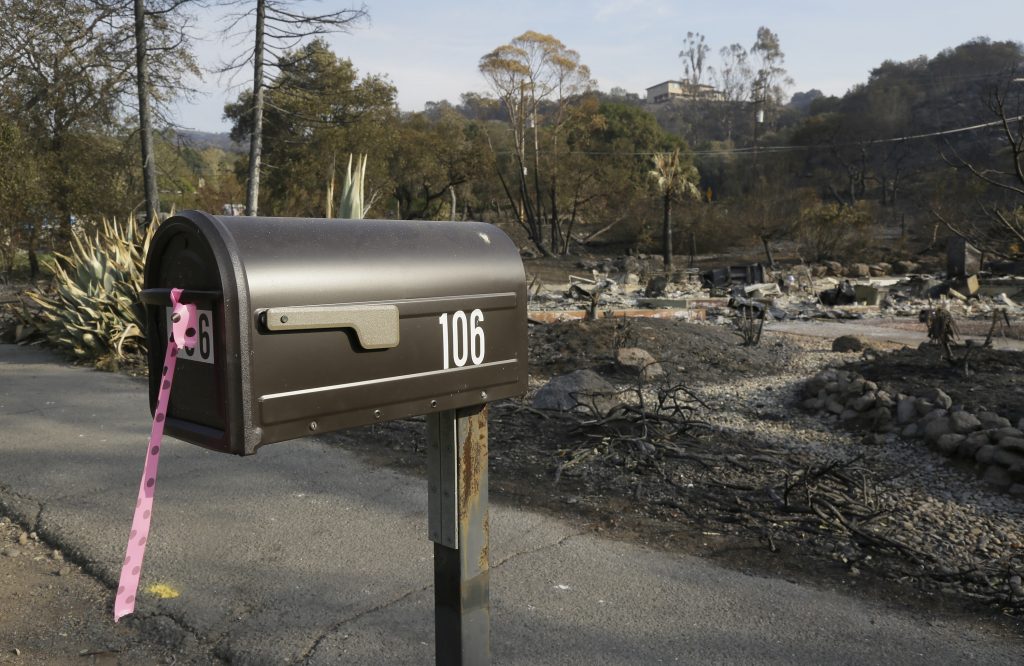 California officials have raised the number of homes and structures destroyed in this month’s wildfires to nearly 7,000 and said Thursday that the number will likely climb as crews continue assessing areas scorched by the blazes that killed 42 people.

The estimate of homes and structures burned was boosted to 6,900 from 5,700 as fire crews returned to hard-hit neighborhoods and assessed remote and rural areas they could not get to earlier, said Daniel Berlant, a spokesman with the California Department of Forestry and Fire Protection.

He said most of the newly counted destroyed buildings burned on Oct. 8 and Oct. 9 — when the wildfires broke out in Northern California’s wine country and other nearby areas.

Twenty two of the 42 deaths in California’s October fires happened in a Sonoma County wildfire, making it the third deadliest in California history. A 1933 Los Angeles fire that killed 29 people was the deadliest, followed by a 1991 fire in Oakland that killed 25.

Tens of thousands of people have been allowed back home but more than 15,000 people remain evacuated Thursday, down from a high of 100,000 last Saturday.

The order extends the state’s prohibition on price gouging during emergencies until April 2018 and expedites hiring of personnel for emergency and recovery operations.

In Los Angeles County, authorities said a charred body was found on Mount Wilson, where crews were trying to surround a smoldering wildfire in steep terrain.

The male body discovered late Wednesday was recovered by the coroner’s office, which will try to identify it, said Sheriff’s Sgt. Vincent Plair.

California firefighters were also battling a blaze that sent smoke billowing into the college beach town of Santa Cruz.

The wildfire in steep and rugged terrain had grown to nearly half a square mile (1.3 square kilometers), and the number of houses threatened by the fire had doubled to 300.