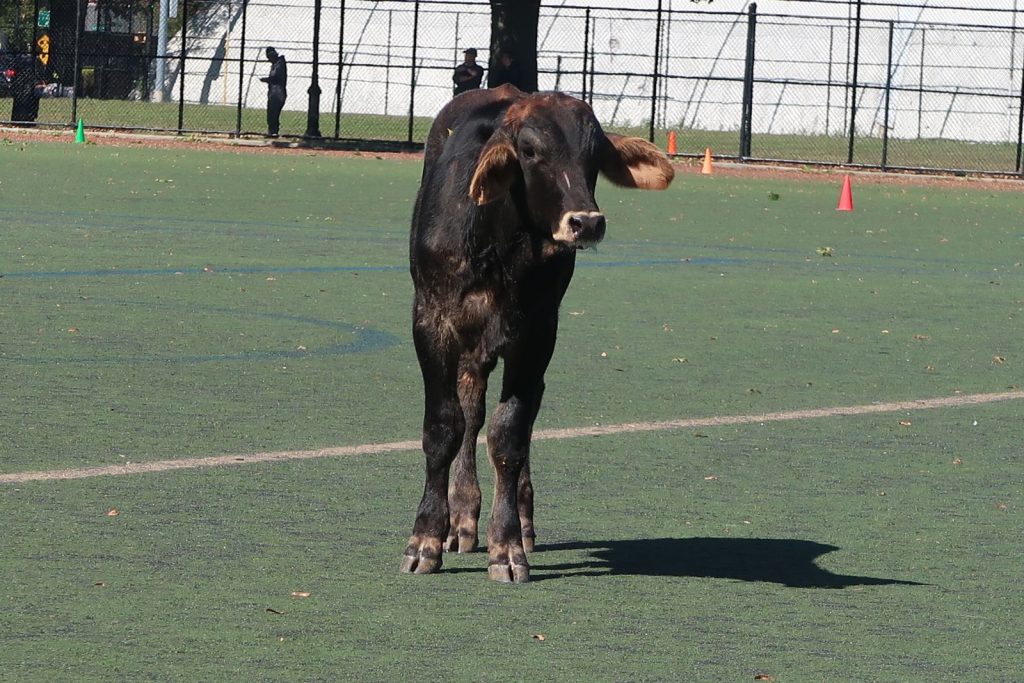 New York City police have rounded up an unusual suspect — a young bull on a soccer field.

Police say the Brooklyn bovine was spotted at Prospect Park late Tuesday morning. It took police about two hours to herd the bull into a police horse trailer and bring it to rescuers on Long Island.

Video from an ABC news helicopter showed the bull wandering around the field, staring back at people lined up along a fence and occasionally breaking into a jog.

It’s unclear where the bull came from. Previous urban livestock roundups have involved animals that escaped from slaughterhouses.