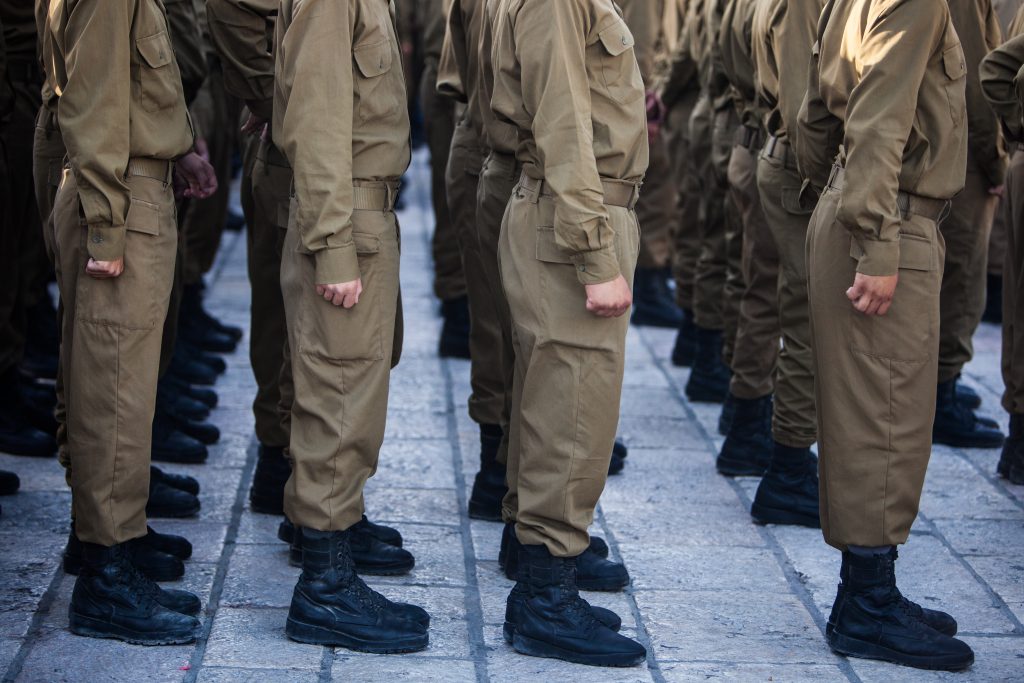 The IDF has decided to do away with the tradition of a military rabbi reading from Sefer Yehoshua at swearing-in ceremonies. Instead, unit commanders will choose the reader, Arutz Sheva reported on Tuesday.

Until now, an army rabbi would read aloud from the passage describing the biblical conquest of the land of Israel at ceremonies for new recruits.

The IDF Rabbinate was reportedly furious at the decision, which was seen as part of a campaign by senior army officials to sideline the rabbinate and discourage Judaism in the ranks.

“We are witnessing another attack on the status of the Rabbinate,” said a source. “They are presenting these guidelines as simply a way to change procedures for the public’s benefit, but we see this phenomenon growing stronger.”

According to the source, these are not “mishaps” but part of “a negative trend that must be stopped as soon as possible.”

In response, the IDF Spokesperson stated that “the updated directive states that any officer can read the Book of Joshua. The chapter can still be read by an IDF rabbi if chosen by the unit commander.”

“The rabbi’s centrality in the ceremony remains in place and he will still take part in the swearing-in ceremony, whether by reading this chapter or another text.”

The army’s decision was moderate, however, compared to a recommendation in 2015, by then-IDF Chief Education Officer, Brigadier General Avner Paz-Tzuk, calling for removal of rabbis from the swearing-in ceremonies altogether.

“There’s something wrong with the fact that the central figures in the ceremony, alongside the commanders of the units, are the military rabbi and the rabbi of the unit,” he wrote. “The ceremony is not a religious ceremony, and there is no reason it should look this way,” argued Paz-Tzuk, who also said it risked offending secular soldiers.