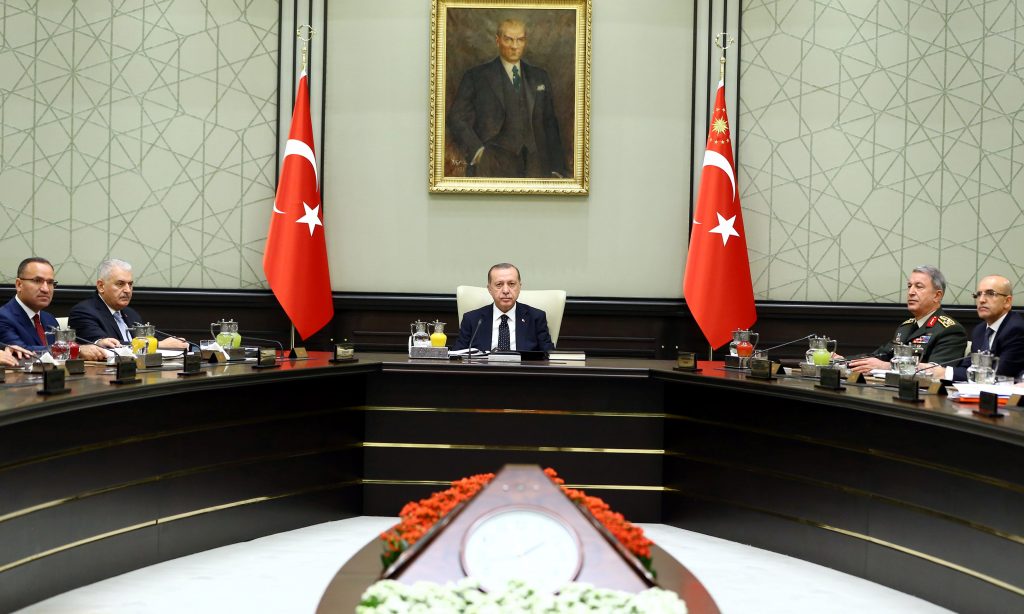 Turkey’s government says it will ask parliament to extend for a fifth time the state of emergency that was declared following last year’s failed military coup.

Deputy Prime Minister Bekir Bozdag said Monday the state of emergency would be prolonged by a further three months to allow a “more effective” fight against the coup-plotters and what he called terrorist groups.

Turkey launched a massive crackdown after the coup, arresting some 50,000 people and dismissing more than 110,000 from government jobs. Critics say the government has used its emergency powers to go after all opponents, including politicians, journalists and activists.

The state of emergency was due to expire on Oct. 19.

President Recep Tayyip Erdogan has said it would be regularly extended until calm is restored.