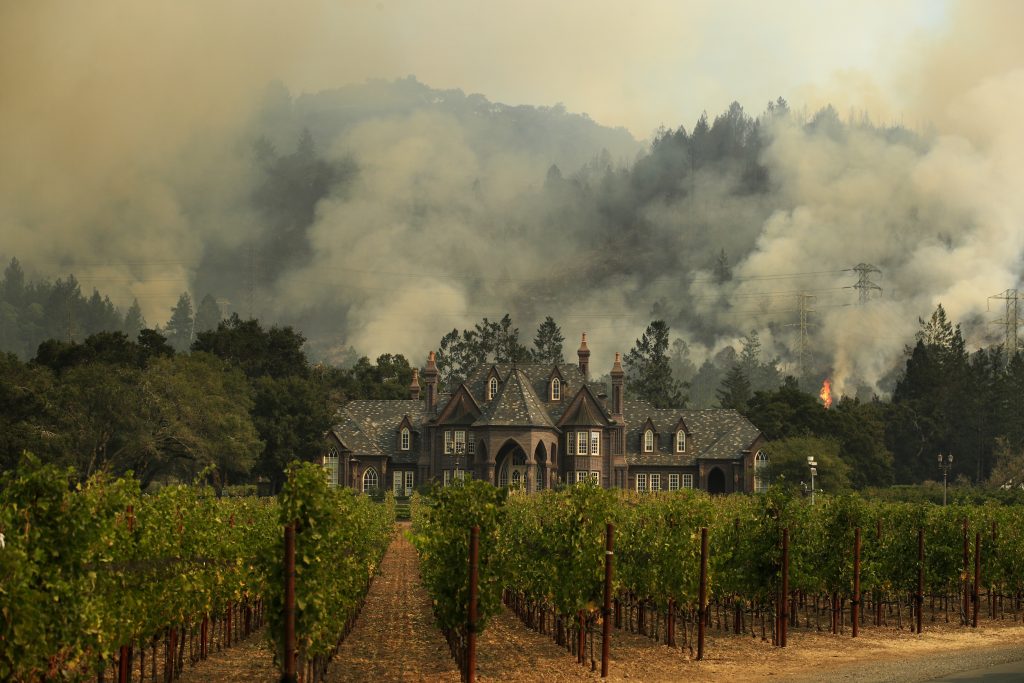 Thousands more Californians evacuated their homes on Saturday as fierce wildfires spread due to constantly shifting winds, and officials expected the official death toll of 35 to rise with hundreds of people still missing.

The 35 confirmed fatalities, including 19 in Sonoma County, make it the deadliest fire event in California history. Some 100,000 people have been forced from their homes, including 3,000 evacuated on Saturday from the city of Santa Rosa, about 50 miles north of San Francisco, and another 250 from nearby Sonoma. The fires have reduced many homes and businesses to piles of ash.

For the picturesque Napa Valley town of Calistoga, the winds were a double-edged sword. The town was spared by hazardous winds when they shifted, Mayor Chris Canning said, though he warned that a resurgence in the winds could pose a new threat.

He said the town of roughly 5,000 people had been evacuated.

More than 10,000 firefighters are battling the fires, which have destroyed 5,700 buildings. At least a dozen Napa Valley and Sonoma County wineries were damaged or destroyed, throwing the state’s wine industry and related tourism into disarray.

From the air, some 70 helicopters and large aircraft including a 747, two DC-10s and about a dozen air tankers doused flames across the sprawling affected area with fire retardant, officials said.

On the ground, prison inmates were helping firefighters – sometimes digging lines to help contain fires, other times preparing meals at command centers, always watched over by a guard.

In an area largely dependent on immigrant farm labor, U.S. Immigration and Customs Enforcement officials said they would temporarily suspend routine operations during the emergency, “except in the event of a serious criminal presenting a public safety threat,” spokesman James Schwab said in a statement.

The Nuns Fire, which had killed at least one person, was only 10 percent contained with winds threatening more residential areas, Cal Fire spokesman Antonio Negrete said.

But the more deadly Tubbs Fire, which killed at least 17 people in Sonoma County, was 44 percent contained, which officials considered a victory.

Cal Fire had estimated the fires would be contained by Oct. 20, but may need to revise that date because of the winds that kicked up, Rein said.

“It’ll set us back a planning cycle. Everything is very dynamic,” Rein said.

Whole neighborhoods of Santa Rosa have been reduced to landscapes of gray ash, smoldering debris and burned-out vehicles.

Some victims were asleep when flames engulfed their homes, and many survivors had only minutes to flee.

As parts of Santa Rosa were devastated, Calistoga, about 12 miles to the northeast, faced hazardous winds that were forecast to push the Tubbs Fire toward town.

Canning, the mayor, said the shifting winds kept the flames at least two miles from the city limit.

“If the winds shift and come back again, that’s a big concern,” he said in a telephone interview.

All but 12 of the city’s 5,200 people heeded evacuation orders and left, Canning said, a remarkable level of participation that he attributed to media images showing the “utter devastation” in neighboring Santa Rosa.

“Nobody was confrontational,” Canning said. “When the police or firefighters knocked on doors, most people were already ready to go with their bags packed.”

The fires’ death toll surpassed the 29 deaths from the Griffith Park fire of 1933 in Los Angeles.

With 235 people still missing on Saturday in Sonoma County alone, and rubble from thousands of incinerated dwellings yet to be searched, authorities have said the number of fatalities from the North Bay fires would likely climb.

The year’s wildfire season is one of the worst in history in the United States, with nearly 8.6 million acres burned, just behind 2012, according to the National Interagency Fire Center.