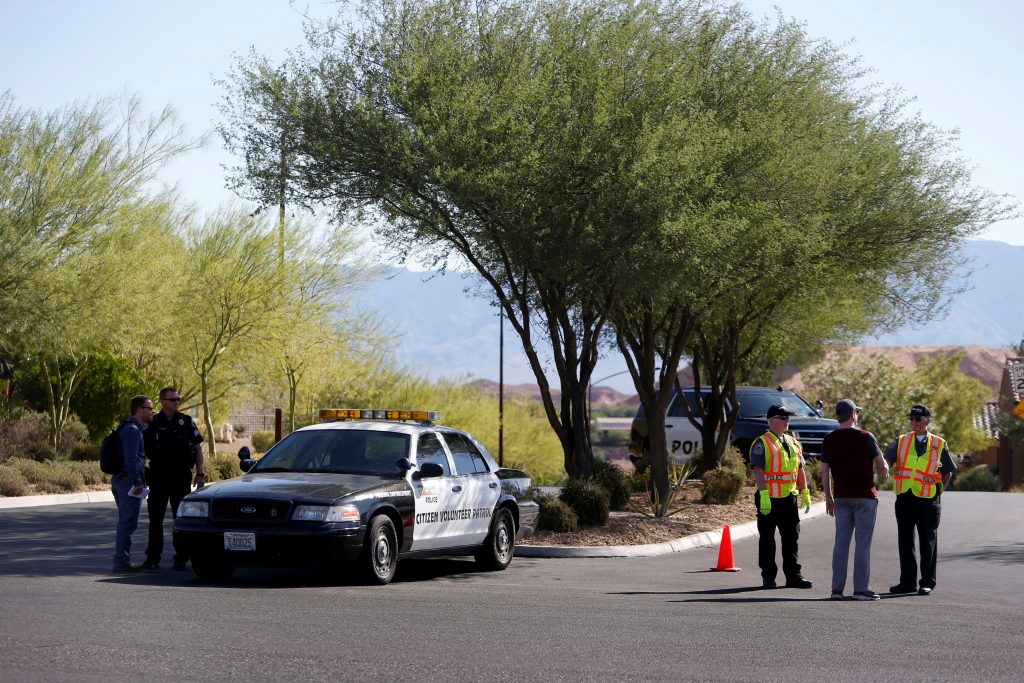 At first glance, it seemed that Stephen Paddock, 64, was set for a quiet life in a retirement community in Mesquite, Nevada, where he had bought a new home in 2015 near his beloved casinos.

From there, it was only an hour’s drive to Las Vegas, where he embarked on the worst mass shooting in recent U.S. history before killing himself on Sunday.

His brother, Eric Paddock, said he was a peaceful man who moved back to the red desert hills of Nevada partly because gambling is legal in the state and he loathed Central Florida’s humidity.

“He was a wealthy guy and he liked to play video [games] and he liked to go on cruises,” Paddock said from his doorstep in Orlando, Florida. “He’s never drawn his gun; it makes no sense.” His brother had a couple of handguns he kept in a safe, perhaps a long rifle, “but no automatic weapons.”

The two were last in touch last month, texting about power outages after Hurricane Irma slammed into Florida.

“He had nothing to do with any political organization and religious organizations” as far as he was aware, Eric Paddock said.

Their father was Patrick Benjamin Paddock, a violent bank robber who was on the Federal Bureau of Investigation’s Most Wanted list in the 1960s. The shooter himself had no criminal record beyond a traffic violation, police in Las Vegas said.

“We didn’t know him,” Eric Paddock said of their father.

In recent weeks, Paddock made gambling transactions worth tens of thousands of dollars, though it was unclear whether they were wins or losses, NBC News reported, citing unnamed law enforcement officials.

Public records point to an itinerant existence across the American West and Southeast: A few years in California, a few years in other parts of Nevada.

Paddock had a hunting license in Texas, where he lived for a while. He got his pilot license, and had at least one single-engine aircraft registered in his name.

In early 2015, he bought a modest two-story home in a new housing development for retirees on the dusty edge of Mesquite, a small desert town popular with golfers and gamblers that straddles Nevada’s border with Arizona.

“It’s a nice, clean home and nothing out of the ordinary,” Quinn Averett, a Mesquite police department spokesman, told reporters on Monday. Some guns and ammunition were found inside, though nothing remarkable in a region where gun ownership is high.

Roughly an hour’s drive southwest is Las Vegas, Paddock checked into a 32nd-floor room at the Mandalay Bay Resort and Casino last Thursday with at least 10 rifles for a shooting spree that would kill at least 58 people and hurt more than 500.

The FBI said he had no connection with international militant groups.

Before moving to Mesquite, Nevada, he lived in another town called Mesquite in Texas, where he worked as the manager of an apartment complex called Central Park.

Records as recent as 2015 list Paddock as single, though it appears he may have married while living in California in the 1980s. Police and public records said he [was aquainted] with Marilou Danley in the Nevada retirement community. Police said she had no connection with the attack, CNN reported.