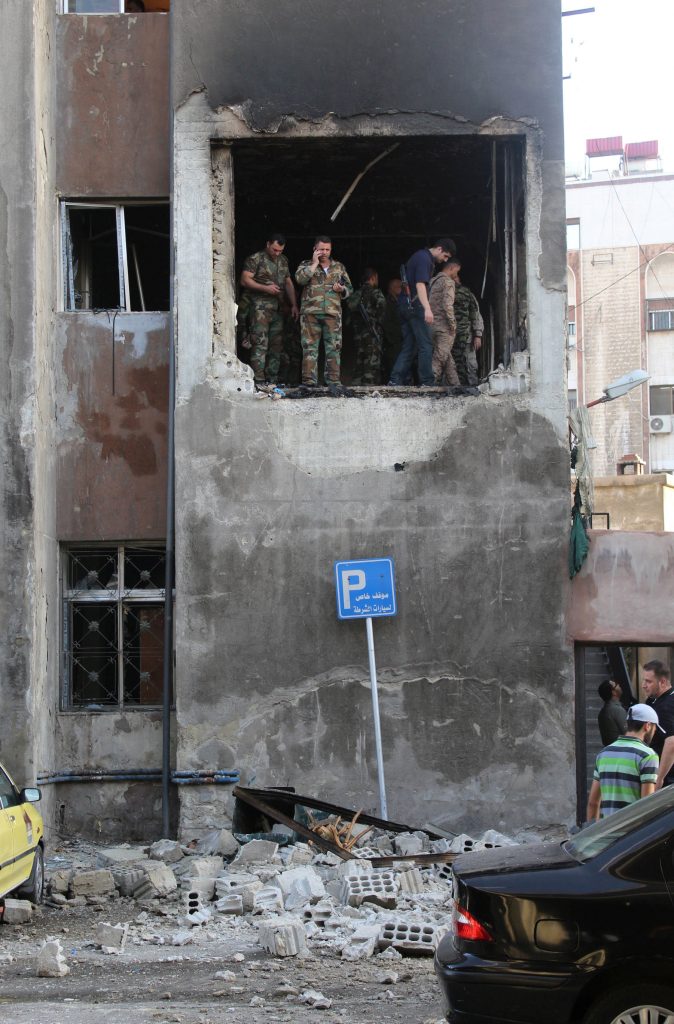 Two suicide bombers struck a police station in Damascus on Monday, with at least 10 people reported dead, in the first such attack to hit the Syrian capital since July.

The interior minister said the blasts killed “a number of policemen and civilians” in the al-Midan neighborhood, but did not say how many.

Terrorists targeted the al-Midan police station and clashed with police officers there, Interior Minister Mohammad al-Shaar said on state media from the station.

One man blew himself up at the main entrance, and another detonated his explosive device on the first floor, he said.

There was no immediate claim of responsibility. Footage on state TV showed bodies in shrouds on the floor of the station and fire fighters putting out flames.

The capital has enjoyed relative security as Syria’s six-year civil war has raged on nearby and across the country. But several such attacks have hit Damascus in recent years, including a car bomb that killed 20 people in July.

Islamic State and the Tahrir al-Sham alliance — led by fighters formerly linked to al-Qaeda — have each claimed separate suicide attacks that killed scores of people in Damascus in the past.

Monday’s attack came as a response to “the major victories that our armed forces are achieving on Syrian land,” the interior minister said.

With the help of Russian jets and Iran-backed militias, the government has pushed back rebels in western Syria, shoring up its rule over the main urban centers. In recent months, it has also marched eastwards against Islamic State.

“It’s natural to expect that the terrorists will resort to acts like this … but they are all desperate acts,” Shaar said. “Such operations are thwarted on a daily basis.”

Syrian troops and allied forces have captured several suburbs of Damascus from rebel factions over the past year. The army and its allies are currently fighting insurgents in the Jobar and Ain Tarma districts on the capital’s eastern outskirts.