Not When It Comes to Our Children! 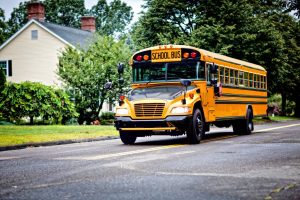 At first glance, the six-page pamphlet that recently arrived on many doorsteps in the Boro Park area seemed innocuous. Written in contemporary Yiddish, and sprinkled with references to unnamed Gedolim and even a teaching from Chazal, its stated goal of seeking to improve the level of secular studies in yeshivos likely sounded benign to the uninitiated, if not praiseworthy.

However, those who took a moment to analyze this document more likely found it to be a grave insult to our intelligence.

Contrary to what the writers of the pamphlets are insinuating, we are not primitive savages living in a jungle or backward villagers hopelessly disconnected from the contemporary way of life. Nor are we ignorant louts, unaware of our own financial struggles and waiting desperately for these noble saviors who will show us how to guarantee our children peace and prosperity.

We are extremely cognizant of both the world around us and the unique challenges we face, and it is precisely this knowledge that informs our decisions of how and where to educate our children.

Among the many facts the pamphlet conveniently ignores is that there is a wide spectrum of schooling choices available for parents living within the Boro Park area, and even members of close-knit kehillos take full advantage of this phenomenon and choose, for a variety of reasons, to not send their sons to the yeshivah affiliated with their specific kehillah. The level of emphasis given to secular studies ranges greatly among the various mosdos, and the details of the balance between limudei kodesh and limudei chol is certainly a factor that is considered when parents choose a yeshivah for their children.

There is no shortage of local yeshivos available for those parents who place a higher priority on secular studies, and those who send to other yeshivos do so because they feel that this is the best fit for their hashkafos and the needs of their individual child.

As Torah Jews, we know that our parnassah comes solely from Hashem, and what is and isn’t to be considered requisite hishtadlus, especially when it comes to the chinuch of our youth, is something that can only be guided by daas Torah. As experience has repeatedly shown, the wrong type of hishtadlus can actually be extremely counterproductive on many fronts.

It is vital to stress, however, that our reactions to the efforts of the group behind these pamphlets aren’t merely a matter of responding to the offending of our sensibilities or even protecting our right as parents to choose the right education for our children. For while the pamphlet did state the name of the organization behind the effort, it didn’t mention who the people behind the group are.

A look at its “advisory board” sheds some light. While some of the members spinelessly and rather absurdly hide behind initials, among those who are named is a young man who successfully fought his parents so he can leave yeshivah and go to public school, and none other than the man who is arguably the best-known Reform clergyman in America.

Let there be no misunderstanding: The real goal and agenda of this group isn’t to improve the skills of yeshivah students. What they are doing is using a backdoor attempt to drive our youth away from Yiddishkeit through infiltrating and corrupting our chinuch system.

A brokenhearted couple once came to the Chofetz Chaim to seek his assistance. They informed him that their teenage son had taken leave of his senses and had begun acting in an insane manner. They hoped that if the Chofetz Chaim would speak to their son, he could influence him and aid in his recovery.

When the Chofetz Chaim entered the room where the bachur was, he observed the boy walking over to the sefarim shrank with a knife in his hand. In a fit of anger, the teenager proceeded to slash the pages of a maseches Brachos, and then cut into maseches Shabbos and into two of the chapters of maseches Chullin that deal with the kashrus of meat. The Chofetz Chaim looked on in deep anguish, but with the youngster holding a knife, judged the situation to be too dangerous to interfere.

Seeing that no one was stopping him, the boy continued his rampage, this time turning his sights on an infant lying in a crib in the same room.

At that point, the Chofetz Chaim could wait no longer. The teenager now had the halachic status of a rodef, and he was obligated to do everything humanly possible to stop him and save the life of the infant. The Chofetz Chaim rushed towards the teenager, seized him and forcibly grabbed away the knife.

Later, the Chofetz Chaim used this story to illustrate a very relevant lesson. He said that there are segments of Jews who have trampled on the teachings of Chazal. They have slashed into maseches Brachos and have stopped observing the halachos pertaining to blessings. They have trampled on maseches Shabbos and stopped keeping Shabbos. They have cut deep into maseches Chullin and stopped keeping the laws of kashrus. But these groups are downright dangerous, and to speak out publicly against them entails a matter of pikuach nefesh, so, reluctantly, the Torah world is forced to remain silent.

“But when they seek to harm the chinuch system, it is forbidden to remain silent!” the Chofetz Chaim declared. “For in this case, they are considered to be rodfim! When they seek to thrust a knife into the children, we are obligated to be moser nefesh to save them!”

This story speaks for itself.

May Hashem protect us from all harm, and may all His wayward sons find their way home.