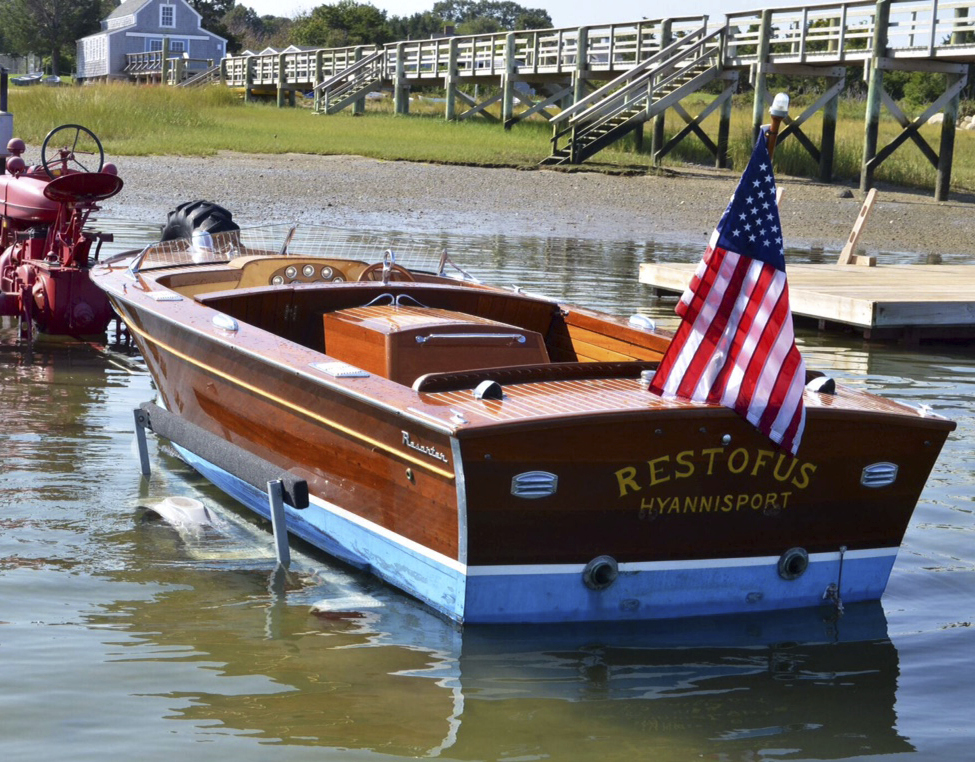 An eclectic array of memorabilia from the late President John F. Kennedy, including a speedboat, will be offered at auction next week alongside a slice of Cold War espionage intrigue.

The auction by Guernsey’s Oct. 6-7 in New York City will feature Kennedy’s restored 17-foot mahogany speedboat, which comes complete with an unusual name and a fun family story.

Kennedy patriarch Joseph P. Kennedy Sr. had a boat named “Tenovus” — a creatively spelled reference to the number of Kennedy family members at the time: “ten of us.”

Later, when he won the speedboat in a church raffle, it got the name “Restofus” — a nod to the “rest of us” in the expanding family. That became JFK’s personal boat. After the nation’s 35th president died, the boat went to his brother, Sen. Edward M. Kennedy, and then to other owners. Its presale estimate is $100,000 to $150,000.

There are numerous consignors. The core of the sale comes from the collections of Lt. Henry Hirschy, who worked at the White House; Jacqueline Kennedy’s personal secretary, Mary Gallagher; and CIA operative Francis Gary Powers.

Powers, a pilot for the CIA’s U-2 program, was arrested after his spy plane was shot down over Soviet airspace in 1960.

The collection includes his orange flight suit ($10,000 to $15,000), worn in numerous U-2 test missions, along with an undershirt and brown lace-up boots.