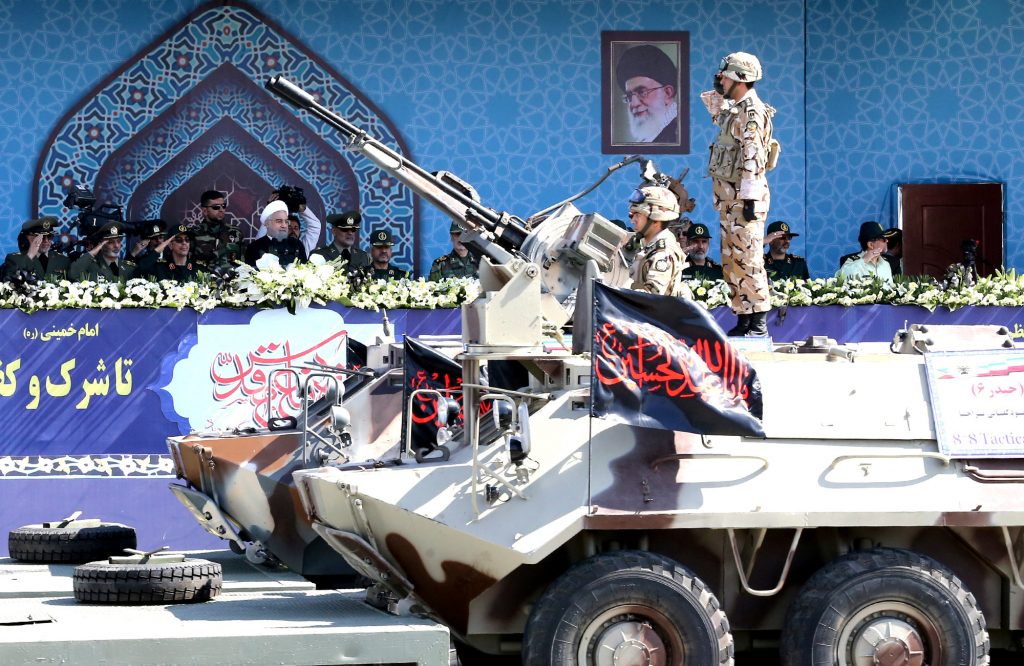 President Donald Trump joined Israeli officials in condemning Iran’s ballistic-missile launch on Friday. In a social media post Saturday night, Trump wrote that “Iran just test-fired a Ballistic Missile capable of reaching Israel.They are also working with North Korea. Not much of an agreement we have,” referring to the deal signed by Iran in 2015 with Western countries, as well as with China and Russia, to limit development of uranium in its nuclear program.

Trump was commenting on the introduction of a ballistic missile by Iran with a range of 1,250 miles – putting all of Israel within rage of the Khoramshahr missile. Defying Trump, who in August signed a bill imposing mandatory penalties on those involved in Iran’s ballistic missile program, Iranian President Hassan Rouhani said that his country “will strengthen our defense and military capabilities … whether you want it or not.”

Israeli officials decried the advanced development of Iran’s missile program. Defense Minister Avigdor Liberman said on Motzoei Shabbos that “the ballistic missile fired by Iran is not just a challenge to the U.S. and its ally Israel, but further proof of Iran’s aspirations to be a world power and threaten the countries of the Middle East. It is a threat against all the nations of the free world. Imagine what would happen if Iran acquired nuclear weapons. That is its aim, and we cannot allow that to happen.”

Israel and the U.S. are not the only countries concerned over the Iranian advancements. A report in Al-Arabiya said that Paris was also “extremely concerned” over the launch. In a letter to U.N. Secretary-General Antonio Guterres, the French Foreign Ministry said that “France asks that Iran cease all destabilizing activity in the region,” and that it “will consider with its partners, notably European, the means to obtain from Iran the cessation of its destabilizing ballistic activities.”