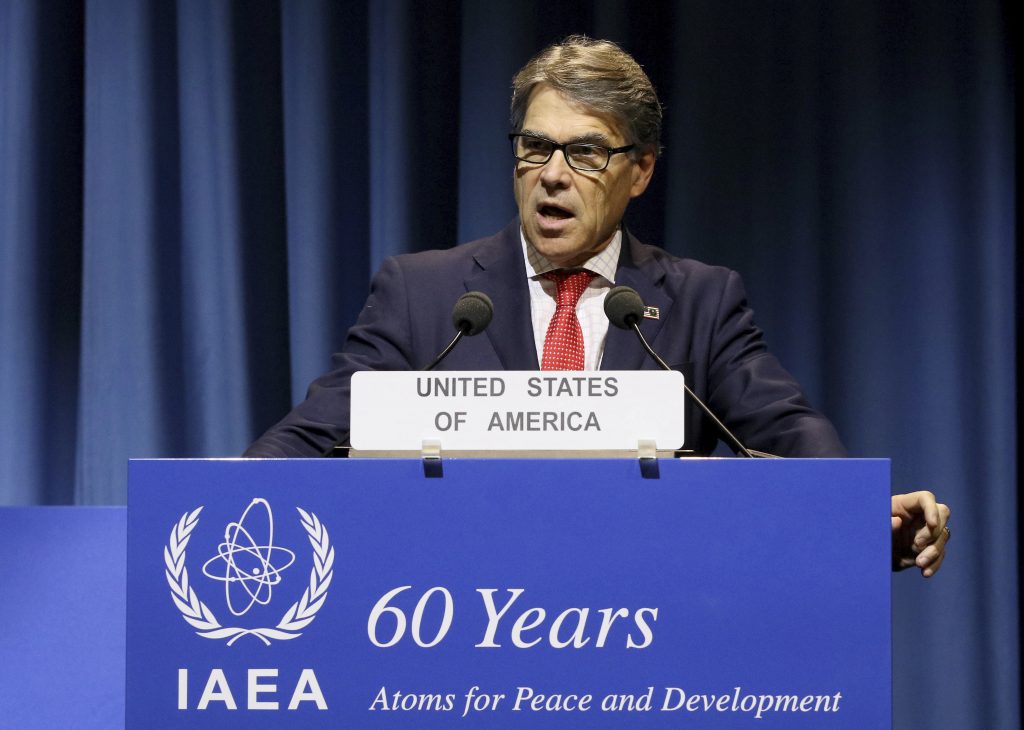 President Donald Trump warned Monday that Washington will walk away from a nuclear deal it agreed to with Iran and five other nations if it deems that the International Atomic Energy Agency is not tough enough in monitoring it.

Iran, however, said the greatest threat to the nuclear agreement is U.S. hostility.

The warning from Trump came in a message to the U.N. agency’s annual meeting, being held in Vienna, that was read by U.S. Energy Secretary Rick Perry.

The United States asserts that Iran is obligated to open its military sites to IAEA inspection on demand if the agency suspects unreported nuclear activities at any of them. That’s something Tehran stridently rejects, and Iranian nuclear chief Ali Akbar Salehi urged the agency and its head, Yukiya Amano, to “resist such unacceptable demands.”

Asserting that Iran is fully complying with terms of the accord, Salehi said the greatest threat to its survival is “the American administration’s hostile attitude.”

But Trump, as quoted by Perry, suggested the deal could stand or fail on IAEA access to Iranian military sites, declaring “we will not accept a weakly enforced or inadequately monitored deal.”

Amano also has said the IAEA’s policing authority extends to Iranian military sites, if necessary. But he said Monday that Iran “is fulfilling the commitments it entered into” under the deal, which took effect early last year and offers sanctions relief in exchange for limits on Iranian nuclear programs that could be turned toward making weapons.

The U.S. administration has faced two 90-day certification deadlines to state whether Iran was meeting the conditions needed to continue enjoying sanctions relief under the deal and has both times backed away from a showdown. But Trump more recently has said he does not expect to certify Iran’s compliance with an October deadline looming.

On North Korea, Trump, as cited by Perry, again suggested that a military strike remained on the table to counter Pyongyang’s rapidly expanding nuclear weapons capacity, saying Washington “continues to consider all options” to meet the threat.

And he said the international community “must continue to hold Syria accountable for its past construction of a clandestine nuclear reactor.”

Syria denies building such a facility and the issue has faded, due in part to verification difficulties created by the Syrian war. But Amano has gone on record as saying that a target destroyed by Israeli warplanes in the Syrian desert in 2007 was the covert site of a future nuclear reactor.