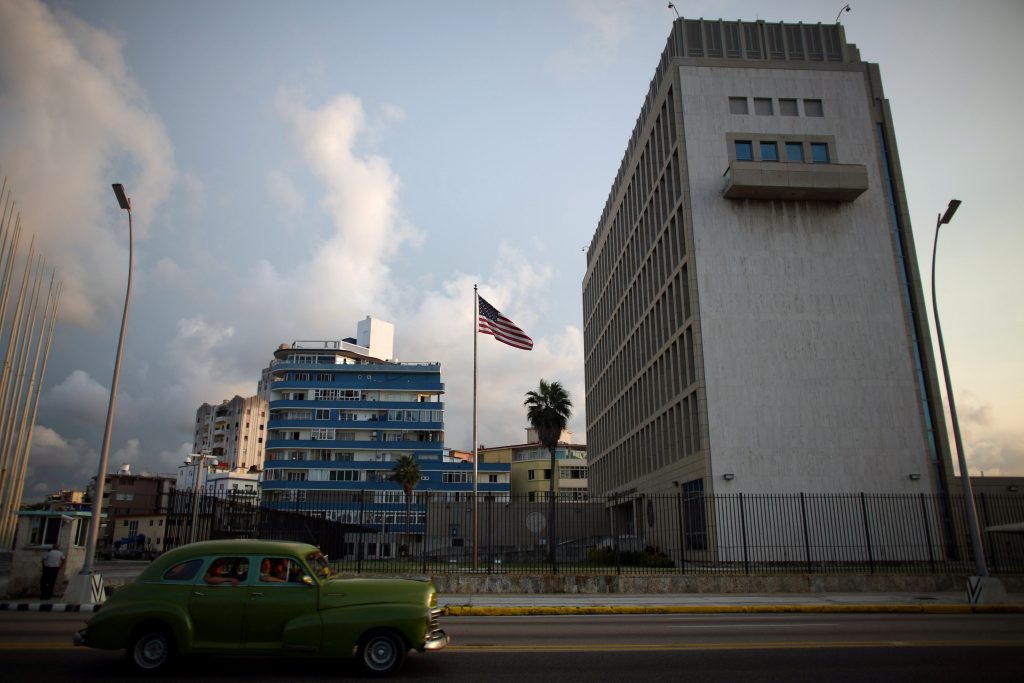 The Trump administration is considering closing down the recently reopened U.S. Embassy in Havana following a string of unexplained incidents harming the health of American diplomats in Cuba, Secretary of State Rex Tillerson said Sunday.

Tillerson’s comments were the strongest indication to date that the United States might mount a major diplomatic response, potentially jeopardizing the historic restart of relations between the U.S. and Cuba. The two former foes reopened embassies in Washington and Havana in 2015 after roughly a half-century of estrangement.

“We have it under evaluation,” Tillerson said of a possible embassy closure. “It’s a very serious issue with respect to the harm that certain individuals have suffered. We’ve brought some of those people home. It’s under review.”

Of the 21 medically confirmed U.S. victims, some have permanent hearing loss or concussions, while others suffered nausea, headaches and ear-ringing. Some are struggling with concentration or common word recall, The Associated Press has reported.

Some victims felt vibrations or heard loud sounds mysteriously audible in only parts of rooms, leading investigators to consider a potential “sonic attack.” Others heard nothing but later developed symptoms.

Tillerson once called the events “health attacks,” but the State Department has since used the term “incidents” while emphasizing the U.S. still doesn’t know what has occurred. Cuba has denied any involvement or responsibility but stressed it’s eager to help the U.S. resolve the matter.

The U.S. has said the tally of Americans affected could grow as more cases are potentially detected.

The last reported incident was on Aug. 21, according to a U.S. official briefed on the matter. The official wasn’t authorized to discuss the matter publicly and requested anonymity.

Tillerson spoke on CBS as world leaders and top diplomats descended on New York for annual U.N. General Assembly meetings. President Donald Trump will give his first speech on the major global platform this week.

Cuba is also represented at the U.N., but it’s not expected Pres. Trump will meet with any Cuban leaders or officials during his visit.

The U.S. hasn’t identified either a culprit or a device. Investigators have explored the possibility of sonic waves, an electromagnetic weapon, or an advanced spying operation gone awry, U.S. officials briefed on the probe told the AP. The U.S. hasn’t ruled out that a third country or a rogue faction of Cuba’s security services might be involved.

In Washington, lawmakers in Congress have been raising alarm over the incidents, with some calling for the embassy to be closed. On Friday, five Republican senators wrote Tillerson urging him to not only shutter the embassy, but also kick all Cuban diplomats out of the United States — a move with dramatic diplomatic implications.

“Cuba’s neglect of its duty to protect our diplomats and their families cannot go unchallenged,” said the lawmakers, who included Sen. Marco Rubio of Florida, a prominent Cuban-American, and the No. 2 Senate Republican, John Cornyn of Texas.

The incidents have frightened Havana’s tight-knit diplomatic community, raising concerns about the potential scope. At least one other country, France, has tested embassy staff for potential sonic-induced injuries, the AP has reported.