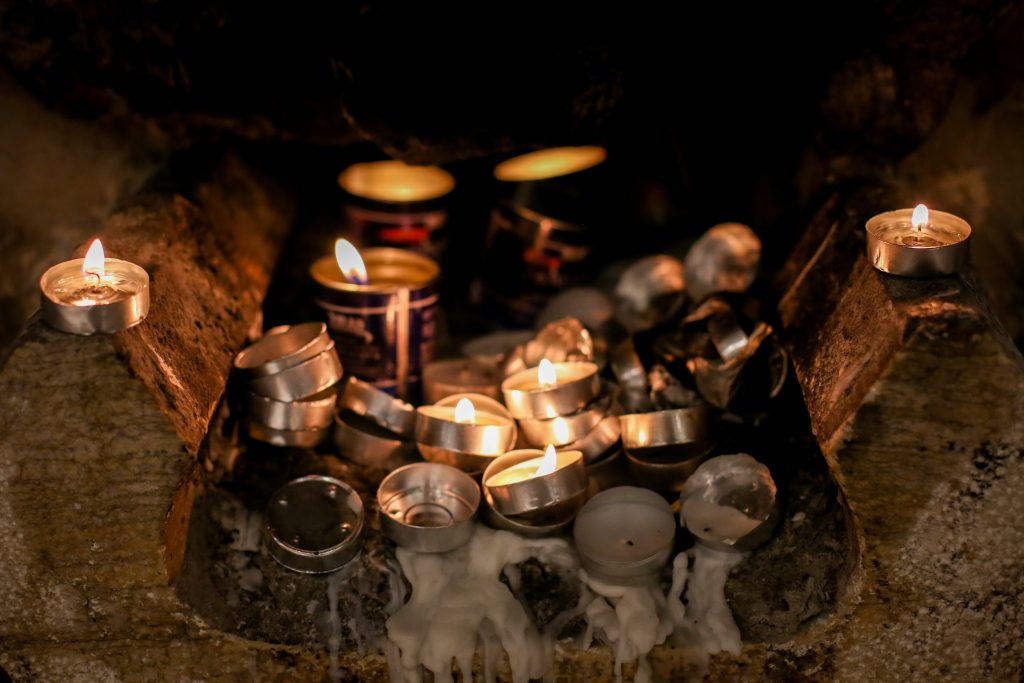 Rebbetzin Chanah was born in Tzefas 95 years ago; her birthday was marked this week. Her parents were Harav Aharon Dovid and Sheindel Brocha Kohn (a granddaughter of Harav Avraham Yitzchak Heller, son of Harav Shmuel Heller, the Rav of Tzfas). Her elder brother was the previous Toldos Aharon Rebbe, Harav Avraham Yitzchak Kohn, zy”a, the Divrei Emunah.

The first wife of Harav Wosner, Rebbetzin Rivkah, a”h, was niftar in Teves 5776/1996. Close to 15 years ago, Harav Wosner married Rebbetzin Chanah. She supported him through his later years. Harav Wosner was niftar on the first night of Pesach in 5775/2015.

Her levayah was held late Motzoei Shabbos from the home of Harav Wosner, zt”l, in Bnei Brak’s Zichron Meir neighborhood.

At the levayah in Bnei Brak, the first maspid was Harav Chaim Leib Deutsch, son of her husband Harav Yaakov Shemaryah Deutsch, zt”l. Harav Chaim Meir Wosner spoke of her devotion to his father, especially in his last years. Harav Avraham Yaakov Itzkowitz, son-in-law of the Shevet HaLevi, asked mechilah on behalf of the family. The Makava Rav, shlita, who is the older brother of her son-in-law, was also maspid.

The levayah continued to Yerushalayim, where she was buried on Har Hazeisim.

She is survived by her only daughter (from her first zivug), Rebbetzin Sheindel Lemberger.