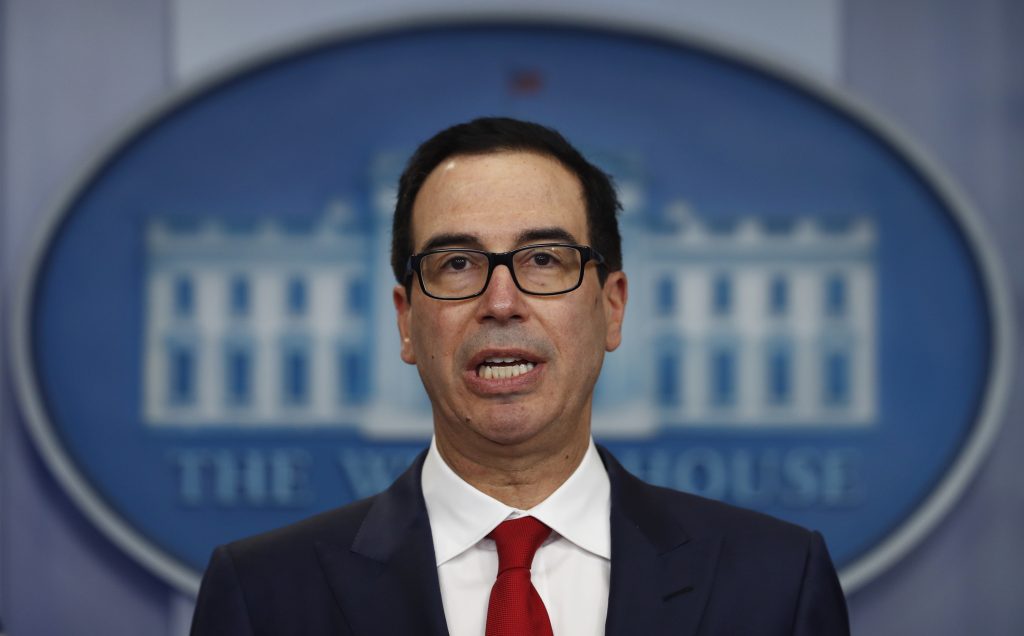 The Treasury Department said Thursday that concerns about secure communications is what prompted Secretary Steven Mnuchin to inquire about using a government plane for a personal trip to Europe in August.

Mnuchin and his wife Louise Linton were married in June in a ceremony conducted by Vice President Mike Pence and attended by President Donald Trump and a number of members of Trump’s Cabinet. The two went on a trip in August to Scotland, France and Italy.

Treasury’s statement noted that Mnuchin is a member of the president’s National Security Council and oversees the Office of Terrorism and Financial Intelligence.

“We have multiple issues around the world where the secretary is directly involved in national security, notably North Korea, Iran and Venezuela, among others,” the statement said. “It is imperative that he have access to secure communications, and it is our practice to consider a wide range of options to ensure that he has these capabilities during his travel, including the possible use of military aircraft.”

Mnuchin’s initial request for a plane for his trip, which was first reported by ABC News, is the second controversy regarding Mnuchin’s travel at Treasury. The agency’s Office of Inspector General confirmed Thursday that it is also looking into a trip Mnuchin and his wife took to Kentucky last month on an Air Force plane.

Rich Delmar, counsel to the Inspector General at Treasury, said the IG’s office was “looking at all requests for and use of government aircraft” at Treasury.

The Kentucky trip sparked controversy after Mnuchin’s wife posted a photo on Instagram that showed Mnuchin and Linton stepping off the government jet. In her post, Linton included hashtags of various luxury designers she was wearing, which prompted criticism from an Oregon mother of three who wrote “glad we could pay for your little getaway.”

“Pretty sure the amount we sacrifice per year is a lot more than you’d be willing to sacrifice if the choice was yours,” Linton wrote back.

Linton later apologized for her comments.

Treasury has said that Mnuchin’s trip, which included a stop to watch the total solar eclipse with Sen. Mitch McConnell, R-Ky., was primarily to discuss tax reform and also tour the nation’s store of gold at Fort Knox.

Treasury secretaries in the past have flown commercial on domestic trips but have used Air Force jets on official travel overseas.