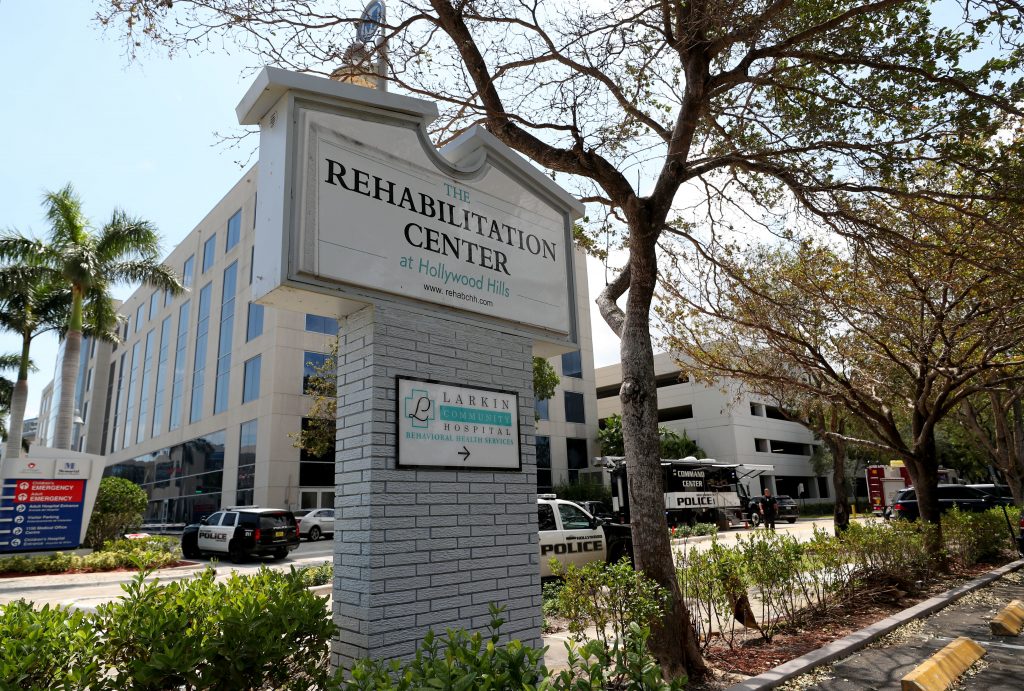 Florida seniors shuffled out of stifling assisted-living centers Thursday while caregivers fought a lack of air conditioning with Popsicles and cool compresses after eight people died at a nursing home in the post-hurricane heat.

Dozens of the state’s senior centers still lacked electricity in the aftermath of Hurricane Irma, and several facilities were forced to evacuate. While detectives sought clues to the deaths, emergency workers went door to door to look for anyone else who was at risk.

Fifty-seven residents were moved from a suburban Fort Lauderdale assisted-living facility without power to two nearby homes where power had been restored. Owner Ralph Marrinson said all five of his Florida facilities lost electricity after Irma. Workers scrambled to keep patients cool with emergency stocks of ice and Popsicles.

“FPL has got to have a better plan for power,” he said, referring to the state’s largest utility, Florida Power & Light. “We’re supposed to be on a priority list, and it doesn’t come and it doesn’t come, and frankly it’s very scary.”

Stepped-up safety checks were conducted around the state after eight deaths at the Rehabilitation Center at Hollywood Hills, which shocked Florida’s top leaders as they surveyed destruction from the punishing storm.

Older people can be more susceptible to heat because their bodies do not adjust to temperatures as well as those of younger people. They do not sweat as much and are more likely to have medical conditions that change how the body responds to heat. They are also more likely to take medication that affects body temperature.

Most people who die from high body temperature, known as hyperthermia, are over 50, according to the National Institutes of Health.

Statewide, 64 nursing homes were still waiting Thursday for full power, according to the Florida Health Care Association. The separate Florida Assisted Living Association said many of its South Florida members lacked electricity. The group was working on a precise count.

A day earlier near Orlando, firefighters helped relocate 122 people from two assisted-living centers that had been without power since the storm. And at the 15,000-resident Century Village retirement community in Pembroke Pines, where there were also widespread outages, rescue workers went door to door to check on residents and bring ice, water and meals.

For older people living on their own, such as 94-year-old Mary Dellaratta, getting help can depend on the attentiveness of neighbors, family and local authorities. The widow evacuated her Naples condominium with the help of police the day before the hurricane. After the storm passed, a deputy took her back home and another brought her food. A deacon from her Roman Catholic church also stopped by.

But with no family in the area and neighbors who are gone or unwilling to help, the New York native feels cut off from the world.

The electricity is out in her condo, so she cannot raise the electric-powered hurricane shutters that cover her kitchen windows.

Near the point of despair, remembering to take her medicine or locating her cane are almost insurmountable challenges.

“I don’t know what to do. How am I going to last here?” she said, as a tear rolled down her cheek.

To the east, the Greater Miami Jewish Federation has been checking on elderly residents in their homes and felt a greater sense of urgency after the deaths. CEO Jacob Solomon said the group encouraged people to evacuate before the storm if they could, but now they’re focused on helping them in their homes.

“At this point, we’re better off taking care of them where they are. They didn’t leave then. They’re not going to leave now. What are you going to do? You go, you check on them, you make sure they have water and food and that’s it,” he said. “You’re not going to convince a 95-year-old Holocaust survivor to do something that she doesn’t want to do.”

Though the number of people with electricity has improved from earlier in the week, some 4.9 million people across the peninsula continued to wait for power. Utility officials warned it could take a week or more for all areas to be back up and running.

Including the nursing home deaths, at least 26 people in Florida have died under Irma-related circumstances, and six more in South Carolina and Georgia, many of them well after the storm passed. The death toll across the Caribbean stood at 38.

On Thursday, detectives were at the Rehabilitation Center at Hollywood Hills after receiving a search warrant to investigate the eight patients’ deaths, which police believed were heat-related.

The center said the hurricane knocked out a transformer that powered the air conditioning. Broward County said the home alerted officials about the situation on Tuesday, but when asked if it had any medical needs or emergencies, it did not request help.

But by early Wednesday, the center had placed three calls to report patients in distress, prompting firefighters to search the facility. They found three people dead and evacuated 145 people to hospitals, many on stretchers or in wheelchairs, authorities said. By that afternoon, five more had died.

The facility’s administrator, Jorge Carballo, said in a statement that it was cooperating fully with authorities.

Reached by phone on Thursday, Rosemary Cooper, a licensed practical nurse at the rehabilitation center, declined to discuss specifics about the case, citing the investigation.

“The people who were working there worked hard to make a good outcome for our patients,” she said. “We cared for them like family.”

But state records revealed a variety of problems at the center. The center showed deficiencies in maintaining fire and safety standards pertaining to exits and storage areas, as well as more serious problems with its generator maintenance and testing, according to February 2016 reports by Florida Agency for Health Care Administration inspectors.

The ex-husband of 71-year-old victim Gail Nova said her devastated family believes the facility should lose its license.

“Someone’s got to answer for this. Someone let the ball drop very, very far,” Kenneth Nova said by phone from his home in Winter Haven.