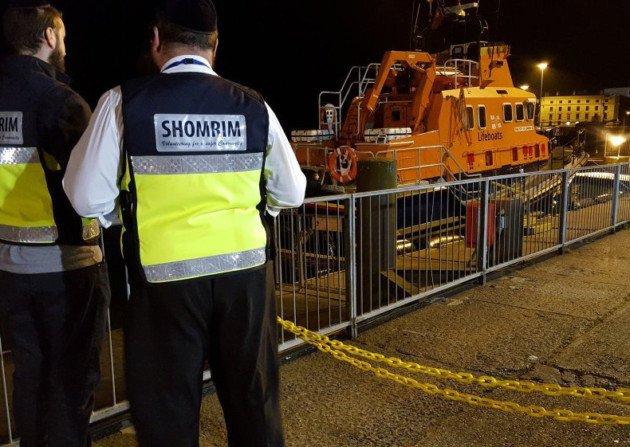 A British couple who viciously attacked Jews outside a wedding hall in July while shouting anti-Semitic remarks as well as punching them and whipping them with a dog leash, have walked free with just a minimal fine.

The Thames Magistrates Court last week handed Ineta Winiarski and Kasimiersz Winiarski a suspended 12-week prison sentence, allowing them to walk free after paying a mere £40 ($53) to each of their victims — approximately one third of the cost of a parking ticket.

According to the sentencing, the couple attacked three Jewish men.

Ineta Winiarski whipped a Jewish man with a dog leash while shouting “dogs in England better than Jewish,” before unsuccessfully attempting to set her dog on the Jewish men. She and her husband shoved and punched the three men.

Stamford Hill Shomrim were immediately called, and followed the assailants to Clapton Common, where they were arrested on suspicion of common assault and racially aggravated public order offenses.

In court, Kasimiersz admitted to two counts of assault by beating, but denied making anti-Semitic remarks. His wife was convicted of three counts of racially aggravated assault.

Ineta Winiarski pleaded guilty to three counts of racially aggravated assault. She was handed a 12-week prison sentence, suspended for a year, for each offense, and was ordered to participate in a rehabilitation program lasting no longer than 20 days.

Kasimiersz Winiarski pleaded guilty to two counts of common assault. He was also given a 12-week prison sentence, suspended for a year, for each offense, and was ordered to participate in a rehabilitation program lasting no longer than 20 days.

However the pair avoided sitting in jail, with the magistrate telling the pair that “the appropriate sentence is one of 12 weeks in prison. However, because you are of good character it will be suspended for 12 months.”

Rabbi Herschel Gluck OBE, president of Stamford Hill Shomrim, commented about the sentencing: “I am very surprised at the leniency of the sentence, considering the gravity of the attack.

“The authorities speak strong words about combating anti-Semitism, however the results on the ground [do] not reflect the rhetoric. I expect much stronger action to be taken in actually combating and reducing anti-Semitic hate crimes.”

In a statement sent to media, Stephen Silverman, director of investigations and enforcement at the Campaign Against Anti-Semitism commended Stamford Hill Shomrim for their “fast response, which ensured that the suspects could be arrested and prosecuted.”

He added that the organization is “deeply dismayed by this sentence. Anti-Semitic crime has soared by 45 percent in the past two years and securing prosecutions is rare enough. For a court to hand down such a derisively lenient sentence, effectively allowing vicious anti-Semitic assailants to walk free, paying approximately one-third the cost of a parking fine to the Jewish people that they punched and whipped in broad daylight, is an affront.

“This paltry sentence will not deter anti-Semites; it will embolden them,” he continued.

“Our criminal justice system is continuing to send a strong message that anti-Semites will rarely be charged, rarely be prosecuted, and rarely be properly punished. It is surely because of verdicts like this one that our research shows that a mere 21 percent of British Jews think that the authorities are doing enough to address and punish anti-Semitism. We hope that the Crown Prosecution Service will now appeal this outrageous verdict.”