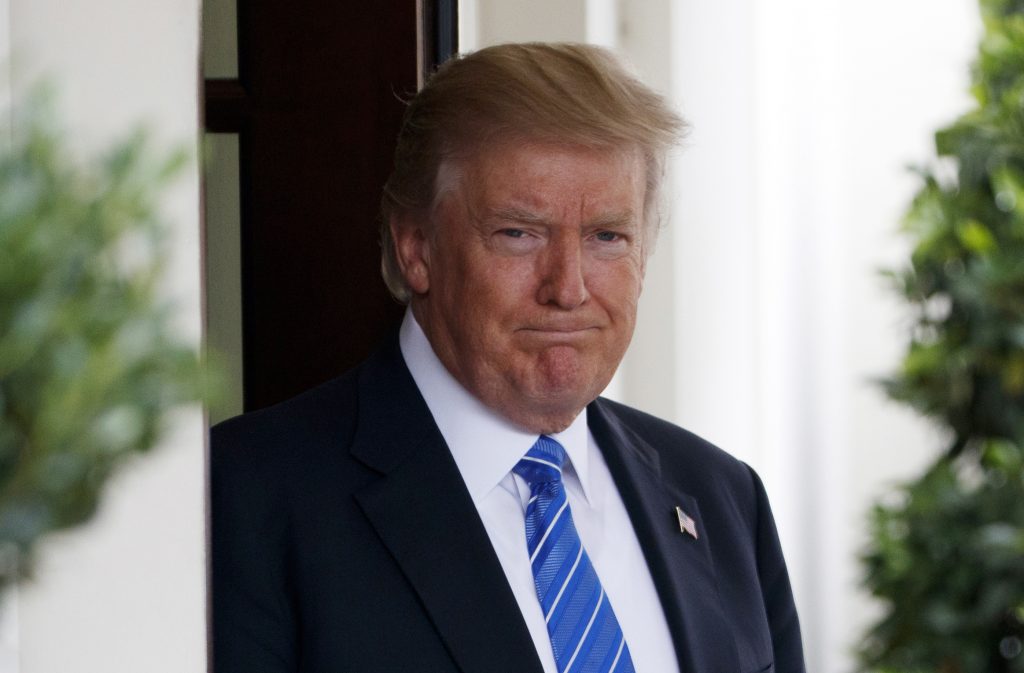 President Donald Trump blocked a Chinese-backed private equity firm from buying a U.S. chipmaker on Wednesday, sending a clear signal to Beijing that Washington will oppose deals that involve technologies with potential military applications. Canyon Bridge Capital Partners’ planned $1.3-billion acquisition of Lattice Semiconductor Corp was one of the largest attempted by a Chinese-backed firm in the U.S. chip sector and was the first announced deal for the Palo Alto-based firm, which launched last year with a focus on technology investments.

U.S. regulatory scrutiny grew after Reuters reported in November that Canyon Bridge was funded partly by cash from China’s central government and had indirect links to its space program.

U.S. defense officials subsequently raised concerns about the Lattice acquisition by a firm backed by the Chinese government. The Portland, Oregon-based company makes chips known as field-programmable gate arrays, which allow companies to put their own software on silicon chips for different uses. It no longer sells chips to the U.S. military, but its two biggest rivals, Xilinx Inc and Intel Corp’s Altera, do.

President Trump said in an executive order that Lattice and Canyon Bridge “shall take all steps necessary to fully and permanently abandon the proposed transaction,” within 30 days.

Lattice and Canyon Bridge did not immediately respond to a request for comment.

The announcement comes at a sensitive time for U.S.-China relations. Relations are already strained between Washington and Beijing over trade and North Korea, and the Chinese Communist Party is preparing to hold its once-every-five-years congress in October.

Trump’s decision chimes with the views of the Committee on Foreign Investment in the United States (CFIUS), which scrutinizes deals for potential national security threats. Canyon Bridge and Lattice spent eight months trying in vain to persuade CFIUS to clear the acquisition.

Both companies said the deal did not pose any security risks and Canyon Bridge had told CFIUS it would double the number of Lattice’s employees in a bid to make the deal more palatable, according to people familiar with the matter. They declined to be identified because details of the regulatory process are confidential.

Mr. Trump’s decision ends a prolonged campaign by Canyon Bridge and Lattice to seal the deal.

The companies’ decision to appeal directly to President Trump was a last-ditch gamble. It was the first such deal to hit Trump’s desk and only the fourth time in three decades that an acquisition was put in front of a president after CFIUS recommended against it.

Trump has continued the presidential tradition of following the advice of national security officials on deals.

Canyon Bridge and Lattice’s desire to get the deal passed was understandable. The U.S. refusal potentially hurts its ability to acquire other Western semiconductor companies, which would be a big blow to a firm dedicated to technology investments. Most acquisition targets have U.S. operations, making them subject to a CFIUS review.

While Canyon Bridge could choose to divest MIPS, which accounts for a small fraction of Imagination Technologies’ business, there is no certainty that would be enough to resolve all CFIUS issues, according to the sources. Imagination Technologies did not respond to a request for comment. Investors have been skeptical the deal would get passed since it was announced last November. Lattice’s shares have been trading below the deal’s $8.30 offer price and closed up 3 percent at $5.72 on Wednesday. Chinese buyers awaiting CFIUS approval on other technology deals include Unic Capital Management’s $580-million acquisition of U.S. semiconductor testing company Xcerra Corp.