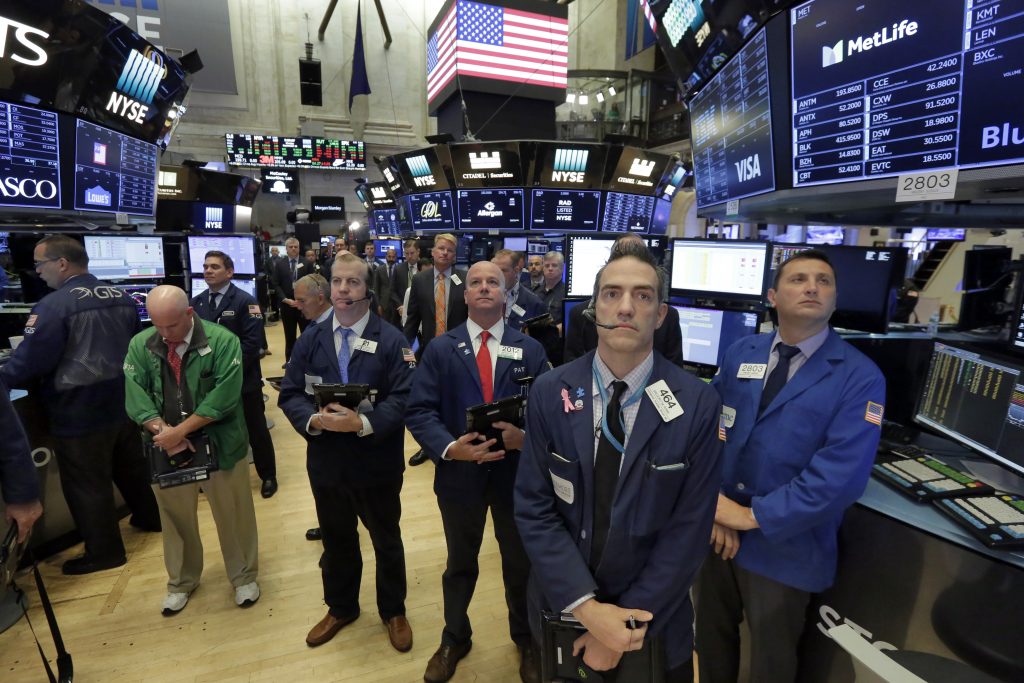 U.S. stocks are jumping Monday, following global markets higher, after Hurricane Irma weakened without causing as much damage as many had feared. Travel companies and insurers are also rising and home-improvement companies like Lowe’s and Home Depot, which rallied last week, fell.

Bond prices fell, sending yields higher. There was also relief among investors that a national holiday passed in North Korea without that country escalating tensions with the U.S.

STORMY WEATHER: Irma hit the U.S. as a major Category 4 hurricane Sunday and is still battering Florida and Georgia. It’s caused severe flooding and knocked out power to millions, but the storm weakened shortly before it came ashore. Small insurers, especially ones that do a lot of business in Florida, climbed. HCI Group jumped $5.18, or 16.8 percent, to $35.95 while Heritage Insurance gained $1.95, or 20.8 percent, to $11.32.

LAGGARDS: Home improvement retailers are falling. They climbed last week after investors anticipated their business could pick up as homeowners were affected by the storm. Home Depot dropped $2.51, or 1.6 percent, to $157.15 and Lowe’s declined $1.45, or 1.9 percent, to $77.11.

Orange juice prices, which surged in early September, gave up some of their recent gains. Futures had risen to $1.54 a pound Friday from $1.30 at the end of August and slipped to $1.52 a pound on Monday.

NORTH KOREA: North Koreans observed the 69th anniversary of the country’s founding, but the country did not test another intercontinental ballistic missile, as South Korea’s government had warned it might do. Rising tensions between the U.S. and North Korea have weighed on stocks in recent weeks and raised the prices of gold and bonds.

Bond prices sank. The yield on the 10-year Treasury note rose to 2.11 from 2.05 percent. The price of gold fell $11.80 to $1,339.40 an ounce. High-dividend stocks like phone and utility companies didn’t do as well as the rest of the market. Those companies tend to do better when bond yields are falling, as investors see them as an alternative to bonds because of their large dividend payments.