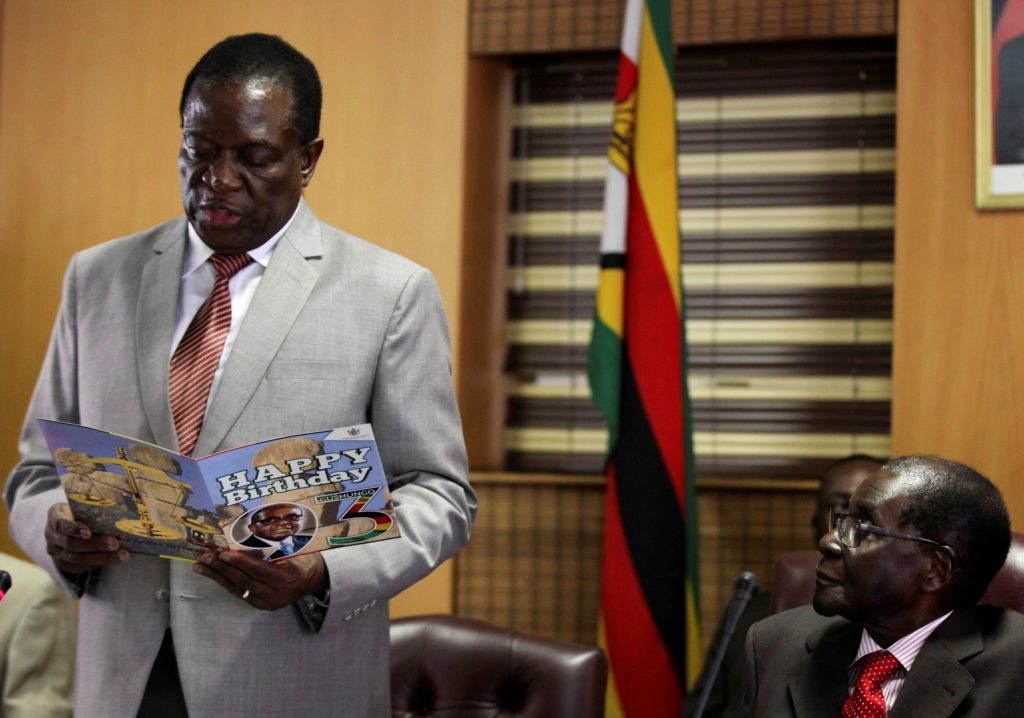 Zimbabwe’s government is using money earned from diamond exports to fund its Central Intelligence Organization, blamed for a raft of human-rights abuses as it’s helped to keep President Robert Mugabe in power since 1980, Global Witness said.

Diamonds dug from the Marange fields in eastern Zimbabwe are channeled through Dubai, India, the Netherlands and South Africa by a complicated web of cross-owned companies based in places as diverse as Mauritius, Hong Kong and Johannesburg, the London-based group said in a report released on Monday. The companies have one thing in common: partnerships with businesses owned by the Zimbabwe government or its military. The earnings, says Global Witness, are funneled back to the CIO and army “off budget.” Zimbabwe’s army and the CIO declined to comment. Calls to the mines ministry weren’t answered.

In 2011, then-Finance Minister Tendai Biti said government had lost as much as $15 billion in revenue as a result of diamond looting and accused the elite in Mugabe’s Zimbabwe African Union-Patriotic Front party of “prospering from the stones.” At the time, Biti, then a member of the Movement for Democratic Change, was part of a power-sharing agreement. Two years later, Mugabe himself lamented the loss of $13 billion to diamond theft. The country’s gross domestic product is about $16 billion, according to the World Bank.

“The future of Zimbabwe’s diamonds now hangs in the balance. Dwindling reserves are demanding greater investment from an industry shaped by state-sponsored looting and short-term thinking,” Global Witness said in the report, the first attempt to link a web of companies and individuals who’ve prospered from the Marange fields.

It blames the government, which owns at least 50 percent of the diamond mining companies in Marange and selected each of its partners. “With billions missing, any heist — it is clear — started closer to home,” it says.

With debt of over $10 billion and deteriorating infrastructure, diamond wealth could have lifted Zimbabwe from the mire of unemployment, unpaid civil service wages and factory closures, the report said.

Global Witness identifies Kusena Diamonds, which it says was “set up by the CIO to secure a secret off-the-books source of financing,” Anjin Diamonds, Jinan Diamonds, Mbada Diamonds and the Diamond Mining Corp. as companies with links to Zimbabwe’s intelligence and military organizations. Officials were said to be unavailable when calls were made to their offices.

Anjin and Jinan have links to state-owned Zimbabwe Defence Industries Pvt Ltd., a company still under European Union and U.S. sanctions. Gems from Marange have been sold in Antwerp, Dubai and at auctions elsewhere, Global Witness said.

Though production from Marange began to slump in 2014, the country was the fourth-largest producer of the precious gems in 2012, after Russia, the Democratic Republic of Congo and Botswana. The southern African nation remains in the ranks of the top 10 global diamond producers, Global Witness reported.

Zimbabwe’s diamonds, and the wealth accrued from them, disappear in several ways, according to the report. Smuggling likely accounts for many unregistered stones, while the under-reporting of gems mined is also a cause for concern, it said. Diamonds are also probably undervalued on the books, with profit accruing to shadowy ownership structures.

“Despite the risks, Zimbabwe’s diamonds are sold on international markets with minimal scrutiny,” Global Witness said. “Little is done to ensure the proceeds reach the people of Zimbabwe rather than the powerful elites and oppressive security agents intent on gaining what they can.”