National Trump on Hurricane Irma: ‘This Is Some Big Monster’
National 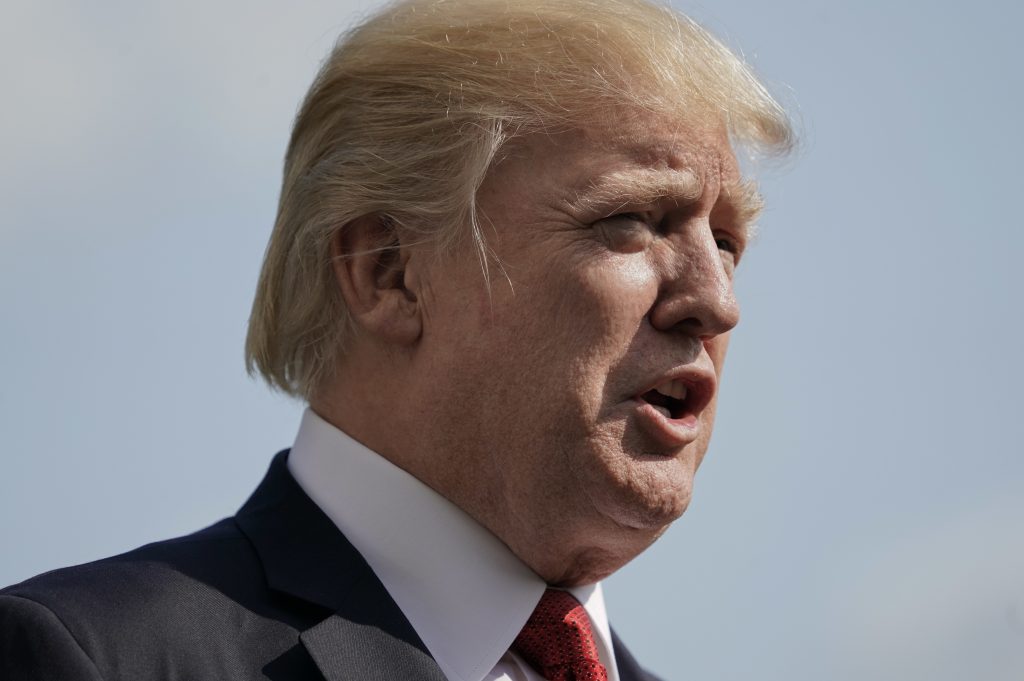 U.S. President Donald Trump called Hurricane Irma “some big monster” as it battered the Florida coast, saying he wants to go to the state very soon, and praising emergency officials for their efforts to protect people.

“The bad news is that this is some big monster,” Mr. Trump told reporters at the White House, saying damage from the storm would be very costly.

“Right now, we are worried about lives, not cost,” Mr. Trump said after returning from Camp David, the presidential retreat in Maryland where he monitored the storm and met with his cabinet.

The path of the storm, tracking the west coast of Florida, meant it might be less destructive than it would otherwise have been, Mr. Trump said, noting the next five or six hours would be critical.

“I hope there aren’t too many people in the path,” he said. “You don’t want to be in that path.”

Mr. Trump said the U.S. Coast Guard had been heroic and that the Federal Emergency Management Agency was doing a good job to help coordinate the response with states. He added, however: “I think the hard part is now beginning.”

Mr. Trump has offered the full resources of the federal government to Florida and the affected states, Vice President Mike Pence told reporters during a visit to FEMA’s Washington headquarters on Sunday.

“Wherever Hurricane Irma goes, we’ll be there first,” Pence said. “We’ll be there with resources and support, both to save lives and to help to recover and rebuild these states and these communities.”

On Sunday, Mr. Trump also issued a disaster declaration for Puerto Rico, and expanded federal funds available to the U.S. Virgin Islands in the aftermath of Irma, the White House said.

Mr. Trump owns a resort in Palm Beach, Florida, where he has often traveled during his presidency, as well as three golf courses in the state.

He told reporters he hoped to travel to the state soon.