National Irma Knocks Out Power to Over 3 Million in Florida, Utilities Say
National 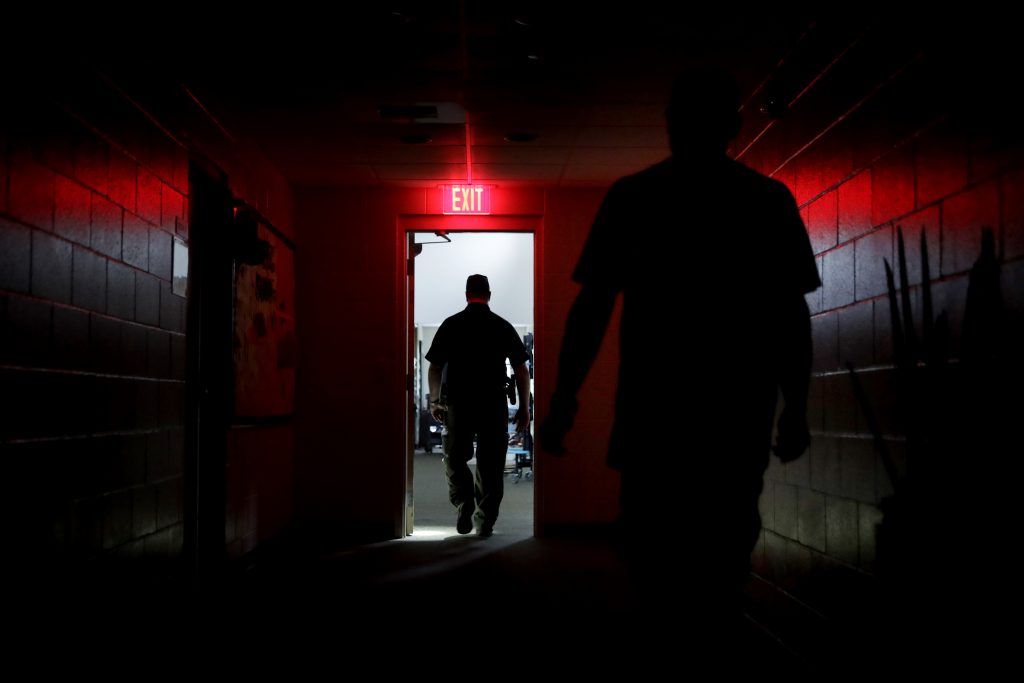 Hurricane Irma knocked out power to more than 3 million homes and businesses in Florida on Sunday, threatening millions more as it crept up the state’s west coast, and full restoration of service could take weeks, local electric utilities said.

So far, the brunt of the storm has affected Florida Power & Light’s customers in the states’ southern and eastern sections, and its own operations were not immune, either.

“We are not subject to any special treatment from Hurricane Irma. We just experienced a power outage at our command center. We do have backup generation,” FPL spokesman Rob Gould said on Sunday.

FPL, the biggest power company in Florida, said more than 2.9 million of its customers were without power by 7:40 p.m., mostly in Miami-Dade, Broward and Palm Beach counties. More than 200,000 had electricity restored, mostly by automated devices.

The company’s system will need to be rebuilt, particularly in the western part of the state, Gould said. “That restoration process will be measured in weeks, not days.”

Large utilities that serve other parts of the state, including units of Duke Energy Corp, Southern Co and Emera Inc, were seeing their outage figures grow as the storm pushed north.

Duke’s outages more than tripled between 6:15 p.m. and 8 p.m., rising to 178,053, and the company warned its 1.8 million customers in northern and central Florida that outages could ultimately exceed 1 million.

The company updated its website on Sunday evening with a warning to customers that outages may last a week or longer.

Emera’s Tampa Electric utility said the storm could affect up to 500,000 of the 730,000 homes and businesses it serves.

The utilities had thousands of workers, some from as far away as California, ready to help restore power once Irma’s high winds pass their service areas. About 17,000 were assisting FPL, nearly 8,000 at Duke and more than 1,300 at Emera.

Tampa Electric told customers on Sunday, however, that response crews were halting work because of the high winds.

FPL said on Friday that Irma could affect about 4.1 million customers, but that was before the storm track shifted away from the eastern side of the state. Its customers are concentrated in Miami-Dade, Broward and Palm Beach counties.

The utility said its two nuclear plants were safe. It shut only one of the two reactors at its Turkey Point nuclear plant about 30 miles south of Miami on Saturday, rather than both, because the storm shifted. It plans to leave both reactors in service at the St. Lucie plant about 120 miles north of Miami because hurricane-force winds are no longer expected to hit the sites.

There is also spent nuclear fuel at Duke’s Crystal River plant, about 90 miles north of Tampa. The plant, on Irma’s current forecast track, stopped operating in 2009 and was retired in 2013.

In a worst-case scenario, the spent fuel could release radiation if exposed to the air, but a federal nuclear official said that was extremely unlikely.

“That fuel is so cold, relatively speaking, it would take weeks before there would be any concern,” said Scott Burnell of the U.S. Nuclear Regulatory Commission.

Duke was transferring the spent fuel to dry cask storage as part of the work to decommission the plant but suspended the effort temporarily ahead of Irma.