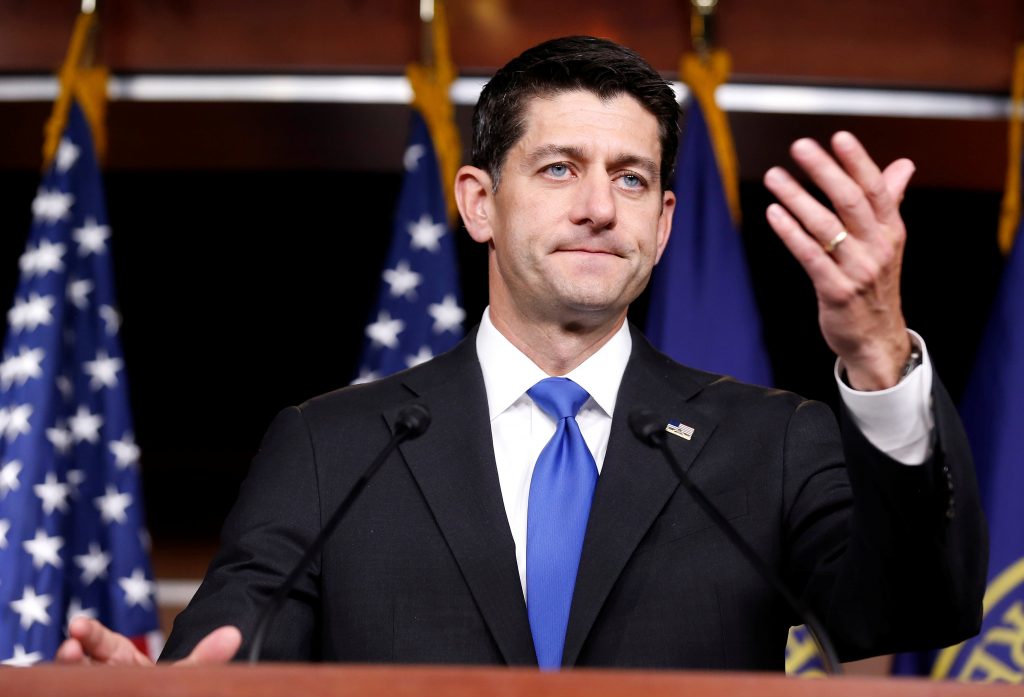 House Speaker Paul Ryan said Thursday that the Republican tax plan will aim to reduce the corporate tax rate to mid- to low-20 percent — a smaller cut than what President Donald Trump wants.

Ryan is providing some specifics as the GOP starts to write legislation overhauling the tax system, with help for the middle class a main goal.

Trump, who made overhauling taxes a pillar of his push for economic growth, has called for a 15 percent tax rate for corporations. The rate now ranges from 15 percent to 35 percent.

Some experts say a 15 percent rate isn’t possible without blowing a hole in the deficit.

Ryan recognized that as he discussed a higher range during an appearance at a New York Times forum. “Numbers are hard to make that work,” he said.

“This is our No. 1 priority this fall,” he said at a Capitol Hill news conference later Thursday. “It’s about growth. It’s about fairness. It’s about finally giving American families a tax break.”

Revising the nation’s tax system for the first time in three decades is a GOP priority in the wake of the collapse of efforts to repeal and replace former President Barack Obama’s health care law.

But Hurricane Harvey and Trump’s decision to rescind a program protecting some 800,000 immigrants from deportation have saddled Congress with new challenges. When Trump blocked the program known as Deferred Action for Childhood Arrivals, created by Obama through administrative action in 2012, he gave Congress six months to act.

To ensure money for hurricane relief, Trump overruled congressional Republicans and his own treasury secretary Wednesday to cut a deal with Democrats to keep the government operating and raise the U.S. debt limit.

The already compressed timetable for coming up with an overhaul of the tax system came under further pressure with Congress’ additional and urgent workload.

“We’ve made a lot of progress” in talks with GOP congressional leaders, Mnuchin said in an interview on Fox Business Network. ”Our objective is to get this done.”

Asked whether he was worried about a revolt by Republicans in Congress if a tax overhaul isn’t achieved, Mnuchin said, “I’m not worried about any GOP revolt at all. You know we’ve been meeting with them on the tax plan. We have an understanding on this tax plan.”