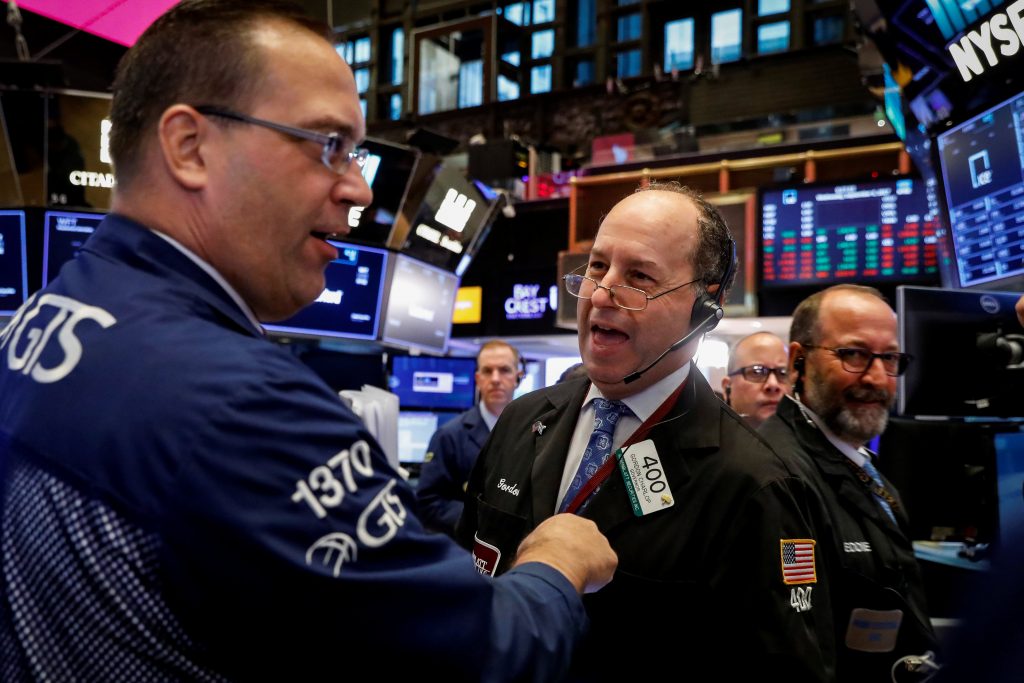 U.S. stocks were higher in early afternoon trading on Wednesday, helped by a bounce in energy stocks, but gains were limited due to worries over tensions on the Korean peninsula and a potential U.S. landfall of Hurricane Irma.

Exxon and Chevron rose about 2 percent, providing the biggest boost to the S&P, while a 2.3 percent rise in Home Depot shares propelled the Dow.

“What we see is the market correcting back from some of the reaction yesterday,” said Lisa Erickson, head of traditional investments at U.S. Bank Wealth Management in Helena, Montana.

The S&P posted its biggest one-day loss in about three weeks on Tuesday after North Korea on Sunday conducted its most powerful nuclear test yet, which triggered a dramatic escalation of the country’s stand-off with the United States.

“In general, we continue to get a positive momentum on the economic side. While North Korea is still a wild card for certain, on the central bank front, both the ECB and the Fed are looking a little bit more dovish,” Erickson said.

Three Federal Reserve policymakers on Tuesday expressed doubts about further rate hikes, with one influential policymaker calling for a delay in raising U.S. interest rates until the central bank was confident of a rebound in inflation.

Investors will focus on the Fed’s Beige Book, a round-up of anecdotes on the health of the economy, that will be issued later in the day.

Also weighing on the sentiment is Hurricane Irma, which is en route to a possible Florida landfall at the weekend and comes days after Tropical Storm Harvey wreaked havoc in Texas and Louisiana.

Six of the 11 major S&P indexes were higher. The energy index’s 1.6 percent rise topped the gainers, putting it on track for its best day in more than two months.

Newell Brands was off about 4 percent after the Sharpie maker slashed its profit outlook for 2017, while apparel retailer Francesca’s Holdings was down more than 3 percent after its profit forecast fell below estimates.