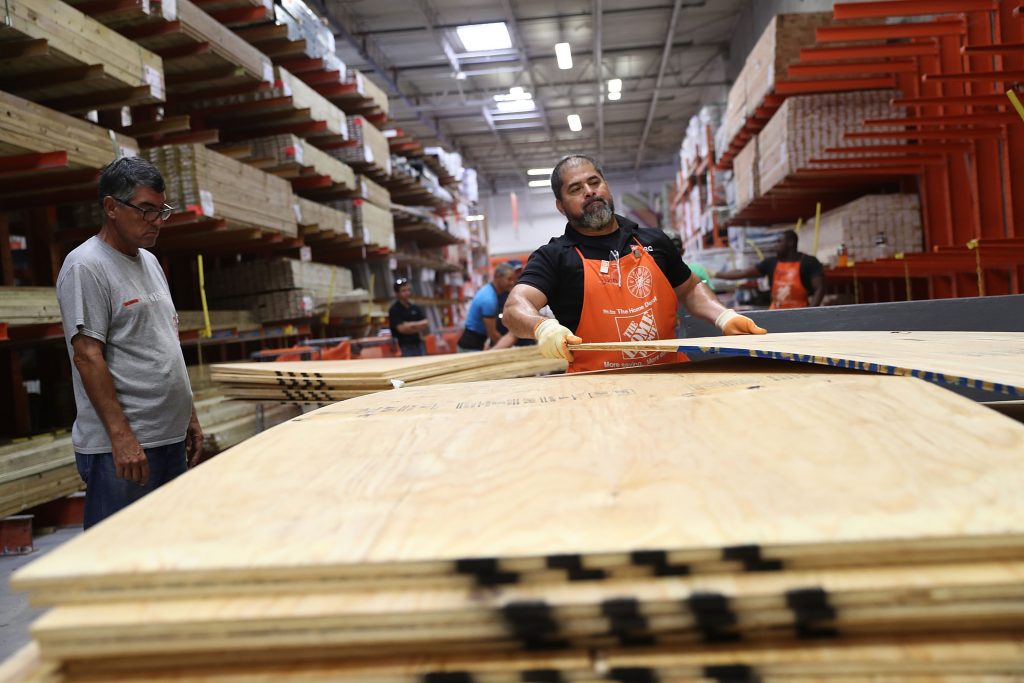 As Hurricane Irma swept through the Caribbean, possibly on its way towards the American mainland, Jewish communities in coastal Florida were taking precautions should the storm hit in its present strength. While few official evacuations have been ordered so far, many people had already headed for locations further from the storm path, while most stayed close to home — hoping for the best while preparing for the worst.

Frightening images from areas already affected and the vast damage that Hurricane Harvey wreaked in Houston only two weeks ago have contributed to a degree of panic throughout Florida. On Wednesday, with predictions for Irma to touch down at times that gradually shifted from this coming Friday to Shabbos, and even Sunday, groceries were selling out of essential items, gas pumps were running dry and highway routes heading west and north were jammed. The state announced that schools would be closed on Thursday and Friday, a directive that most Jewish schools have decided to follow as well.

“Unfortunately, people are panicking, there is no question that after Houston everybody is very nervous,” Rabbi Moshe Matz, Florida director for Agudath Israel of America and Rav of the Aventura Shul, told Hamodia.

Like many Rabbanim and askanim in the area, Rabbi Matz said that his phone has “been ringing off the hook” with questions from congregants and community members about the impending storm, particularly regarding the possibility of having to evacuate on Shabbos.

“There are people who are evacuating now, but it’s not so easy, the 95 [highway] has terrible traffic, and who says you’ll be able to get gas along the way?… Someone called me very worried about what to do; I saw that he couldn’t have menuchas hanefesh staying in his house [which is closer to the ocean], so I invited him to come to me for Shabbos,” he said.

Many Orthodox Floridians have been working to arrange spending this coming Shabbos in Atlanta, the nearest major Jewish community which faces a far lower risk of storm damage. Amid a torrent of requests, a combined effort was initiated by the community there to match those fleeing the hurricane with host families.

Mr. Alan Sakowitz, a real-estate developer from North Miami Beach who has been involved in public safety issues, felt that many had decided to leave based on “misinformation.”

“If you’re not very close to the water and don’t live in a trailer, you are probably safest staying home. Most houses are built to withstand strong winds,” he told Hamodia. “Even if you have an emergency, you’re probably better off going to one of the secure shelters in a lower risk area here rather that driving for hundreds of miles, which exposes you to a lot of other dangers … The traffic is so bad that it’s taking people 20 hours to get out of state; they’d be better off spending 20 hours saying Tehillim that the storm should get pushed away from us.”

While not advising mass evacuations at this point, local Rabbanim and askanim have been advising the community to follow the advice of authorities to stock up on water and canned and dried foods that could survive a power outage, and to heed any evacuation orders should they come.

Florida, and Miami in particular, have an especially large population of elderly retirees, in many cases with the only close family they have living out of state. While many only spend cooler months in Florida, care for this group adds an additional layer of concern.

Mr. Baruch Sandhaus, executive director of Miami’s Hatzolah, said that his organization and others were working to compile a list of older members of the frum community living alone who remained in their homes.

“Chas v’shalom, if it hits, we need to know where everyone is,” he told Hamodia. “We’re setting up a hotline with information … A lot of people who have parents here could be asking us to check in on them, which we’ll do, but we want to have it as organized as possible beforehand.”

Aside from food supplies, Mr. Sandhaus said that the possibility of power outages was a major concern in hot and humid Miami, especially for the elderly.

Further north up the coast, attorney Yechezkel Rodal, who lives in Lauderhill, which is about six miles from Ft. Lauderdale, said that preparations for Irma were no less intense.

“I’ve been here for 15 years. We’ve had Wilma, Charlie and Katrina, but this is the most serious people have taken things. It could have something to do with Houston, or just that it’s such a big, powerful storm,” he told Hamodia.

Many in the community have headed for Orlando or Atlanta, but Mr. Rodal said he had decided to stay “as of now.” He added that the day before, the Rav of his shul gave a shiur dealing with various halachic issues related to the storm — ranging from what the kehillah would do if they were unable to have krias haTorah on Shabbos and questions of amirah l’akum.

“I have hurricane windows and doors and stocked up on water and other supplies and made ice and I’m looking for a generator,” he said.

Mr. Rodal added some advice that he has gained from experience in his profession of storm preparedness, which others might overlook.

“Take pictures of your property before the storm in the event that you have to make insurance claims and if, chas v’shalom, you have to, do not speak to the insurers without a lawyer. Their main goal is to get you to sign off on your losses as soon as possible,” he said.

Rabbi Ruvi New, Chabad director of East Boca Raton, said that decisions of whether to stay or go have been complicated by the uncertainty of the storm’s path, speed and strength.

“People are definitely taking it seriously and stocking up, a lot have left town, but unfortunately or fortunately there are so many variables that it’s hard to know what to do,” he told Hamodia. “Even flights have become hard to come by. I know somebody who had to drive to Orlando to get a flight to Montreal.”

Boca Raton also has a very large community of seniors, many of whom, Rabbi New said, had already left.

“A lot of the ones who have stayed are living in big condos, which are more secure. We’re doing what we can to look out for them, calling and making sure that they have what they need,” he said. “One good thing about these situations is that it brings out a lot of achdus in the community and we are all working together while davening that the storm will take some turn away from us along the way.”

Mr. Sandhaus said that Hatzolah had been working with local and national organizations to coordinate a response team for Miami, while hoping the plans will be for naught. “We’re trying to learn the lessons of recent natural disasters and preparing for the worst, but we hope that this will all just be a wonderful exercise for our response system,” he said.