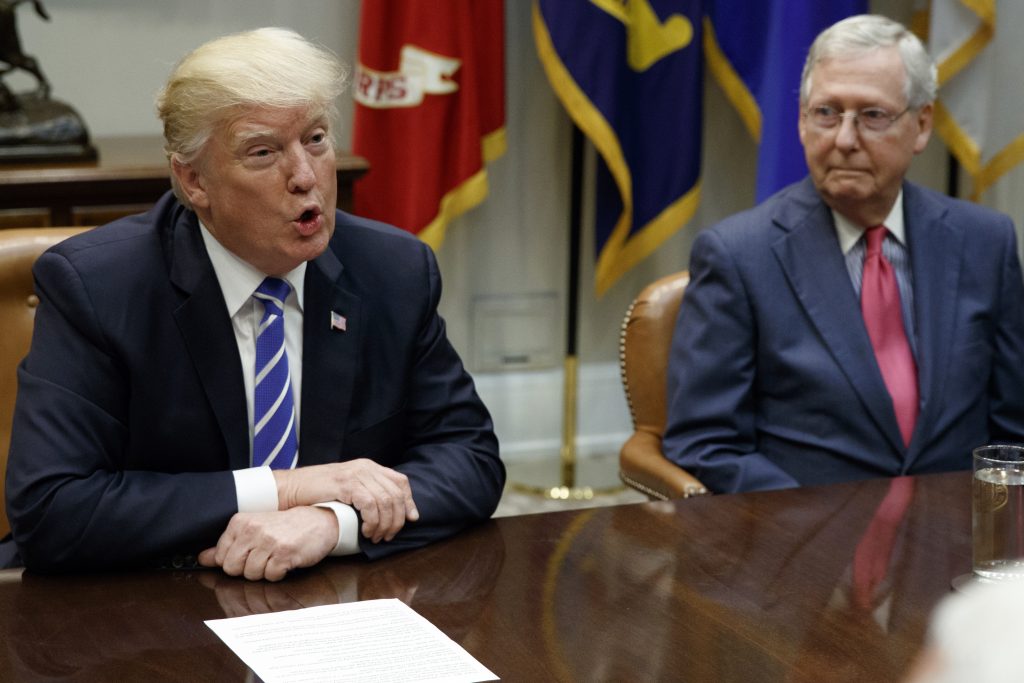 President Donald Trump says he has a “great love” for the young immigrants protected by the DACA program.

Speaking before a meeting with administration officials and congressional leaders Tuesday, Trump says he has a “great heart” for the young people. He says he hopes “Congress will be able to help them and do it properly.”

The Trump administration announced Tuesday it’s phasing out the program and leaving it to Congress to come up with an alternative. The program has provided nearly 800,000 young immigrants a reprieve from deportation.

Trump says he has spoken with members of Congress who “want to be able to do something and do it right.” He adds that he thinks “long-term, it’s going to be the right solution.”