Business Fly to Buy: A Trip Can Save You Thousands on a Used Car
Business 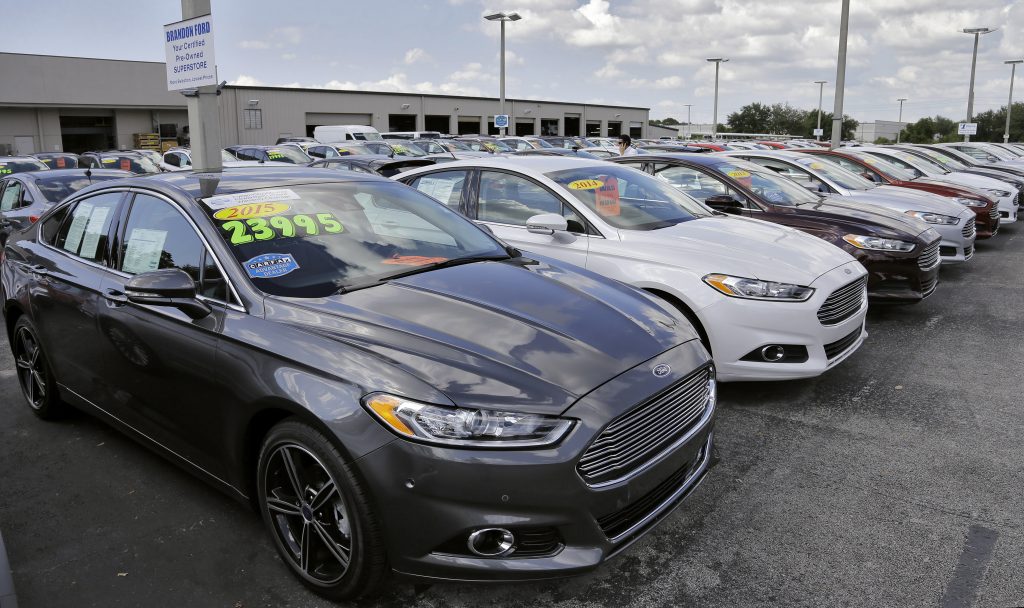 If you’re willing to fly, you can save when you buy.

Perhaps thousands of dollars on a used SUV, car or truck.

Used vehicle prices vary wildly between U.S. metro areas, sometimes over $3,000. So with some careful research and a plane ticket, it might be worth the time it takes to travel.

“For the adventurous deal-seeker looking to save some money, it’s a viable option,” says Lisa Rosenberg, a data analyst with Cargurus, an online sales site. “The savings can be pretty extreme.”

Flying to buy is not for everyone. There’s a big risk in buying a car sight-unseen, and not everyone wants to trust a used car salesman who’s 1,000 miles away.

Miami is a huge market for leased vehicles, and they come back to dealers after two or three years. Often dealers will buy and resell them as used.

“The information that we put out there is so good — the availability of being able to get online and just see everything, the pictures that we take now,” Ledesma says.

His dealership averages about 25 people per year buying from faraway places. He’s in the midst of selling a Cadillac Escalade to a buyer from California, and has sold cars to people from as far away as Canada, Ledesma says.

Rosenberg says studies into why prices vary haven’t found a single reason. Abundant leasing and higher salaries in some areas are part of the equation. The differences have been consistent over many years, she says.

There also are variances by type of vehicle. For instance, Sacramento, California, has the highest price for a used 2014 Ford F-150 pickup at nearly $25,000, while Buffalo, New York, has the cheapest, more than $4,000 lower. That may be in part because Buffalo has more used trucks, but also could be due to weather. California pickups may be worth more because they’re free of rust caused by salt used to clear snow.

Experts say the search should start on internet sites. Individual sellers may have lower prices, and often they’ll have maintenance records for their cars. But dealers give you some peace of mind, especially if you’re buying a certified pre-owned car that’s been inspected and comes with a factory warranty.

Tim Capps, who runs Gabriel/Jordan Buick-GMC in Kilgore, Texas, about two hours east of Dallas, says technology can help. He suggests getting the dealer to use some system to show you the car. Search for chronic body problems on the internet, and have the dealer zero in on those parts to see if they are okay. Look for excessive wear on seats and carpeting. Also, get the vehicle identification number from the dealer and run it through Carfax.com or Autocheck.com to check the repair and ownership history, Capps says.

Next, check dealer reviews on dealerrater.com or via Google, and only go with highly recommended dealers, says Capps, whose dealership group gets about 15 percent of its sales from outside of Texas. “At some point I’m going to say, ‘It’s worth the risk — it’s going to cost me a $300 (airplane) ticket,'” he says.

One of Capps’ long-distance customers, Geoff Goldsbury of Tequesta, Florida, near Palm Beach, was searching for a very specific model: a 2012 Lincoln MKT SUV with a pearl white outside and a brown leather interior. It also had to have a unique Lincoln option: a built-in refrigerator/freezer in the back seat. There were few on Florida’s East Coast, where most MKTs are used as limousines, Goldsbury said.

The pictures looked great and the dealer checked out, so he flew to Kilgore. A salesman picked him up at the airport, he drove the SUV and then bought it. The dealer installed a temporary Texas license plate so he could drive it home. Later, he found out he paid $4,000 under the normal value for the Lincoln, he said.

“You hear so many stories about the typical used car guy,” Goldsbury said. “This just wasn’t them.”