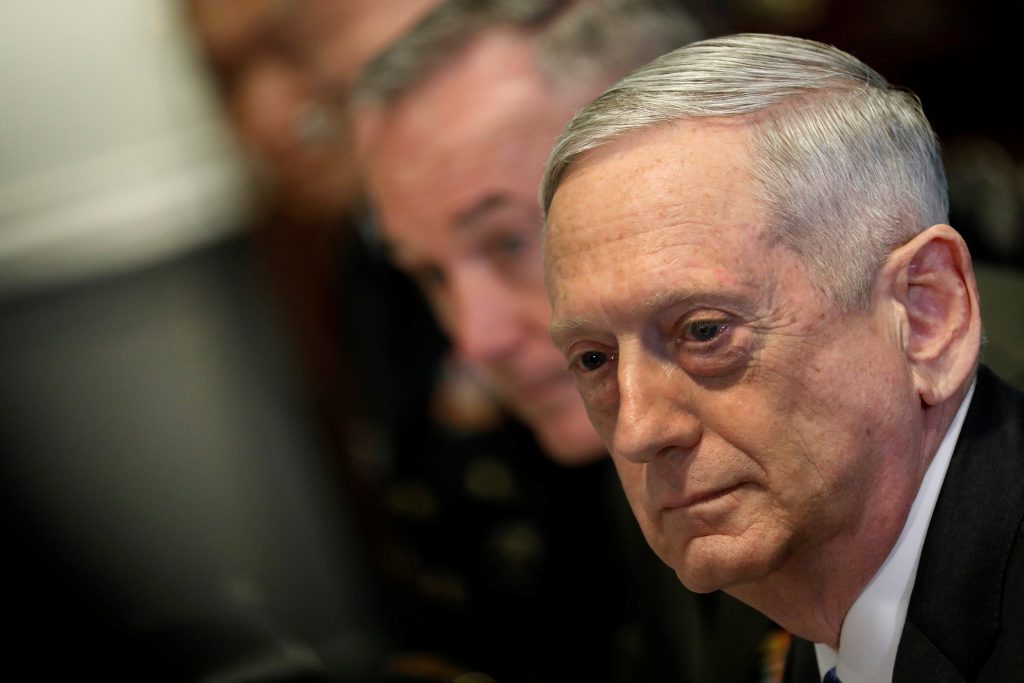 Defense Secretary Jim Mattis said on Thursday he had signed orders to send additional troops to Afghanistan, the most concrete step yet by President Donald Trump’s administration in tackling America’s longest war.

Mattis did not specify the size of the force, which will help combat Taliban terrorists and other armed Islamists.

“Yes, I have signed orders but it is not complete. In other words I have signed some of the (orders for) troops that will go and we are identifying the specific ones,” Mattis told reporters.

Mattis said he would not comment on how many additional troops were included in the orders until he briefs Congress next week, but U.S. officials have told Reuters that Trump has given Mattis the authority to send about 4,000 additional troops to Afghanistan.

“It is more advisers, it is more enablers, fire support, for example,” Mattis said. He added that no additional troops had moved in yet and that it could take a “couple of days.”

After a months-long review of his Afghanistan policy, Trump committed the United States last week to an open-ended conflict in the country and promised a stepped-up campaign against Afghan Taliban terrorists.

About 11,000 U.S. troops are serving in Afghanistan, the Pentagon said on Wednesday, thousands more than it has previously stated.

Mattis said that the make up of those U.S. forces in Afghanistan would also start changing in line with Trump’s guidance.

Any increase of several thousand troops would leave U.S. forces in Afghanistan well below their peak of more than 100,000 troops in 2011, when Washington was under huge domestic political pressure to draw down the costly operation.

Some U.S. officials have told Reuters they questioned the benefit of sending more troops to Afghanistan because any politically palatable number would not be enough to turn the tide, much less create stability and security. To date, more than 2,300 Americans have been killed and over 17,000 wounded in Afghanistan.

The security situation in Afghanistan has deteriorated for the United States and Afghan government over the past few years.

The Afghan government was assessed by the U.S. military to control or influence almost 60 percent of Afghanistan’s 407 districts as of Feb. 20, a nearly 11 percentage-point decrease from the same time in 2016, according to data released by the U.S. special inspector general for Afghanistan Reconstruction.

Earlier this month, the Taliban told Trump in an open letter that the military situation in Afghanistan was “far worse than you realize”, and sending in more troops would be self-destructive.

The Taliban, seeking to restore strict Islamic law, has waged an insurgency against the Western-backed Afghan government since losing power in a U.S.-led invasion after the Sept. 11 attacks in 2001. Those attacks were planned by al Qaeda leader Osama bin Laden from a base in Afghanistan.