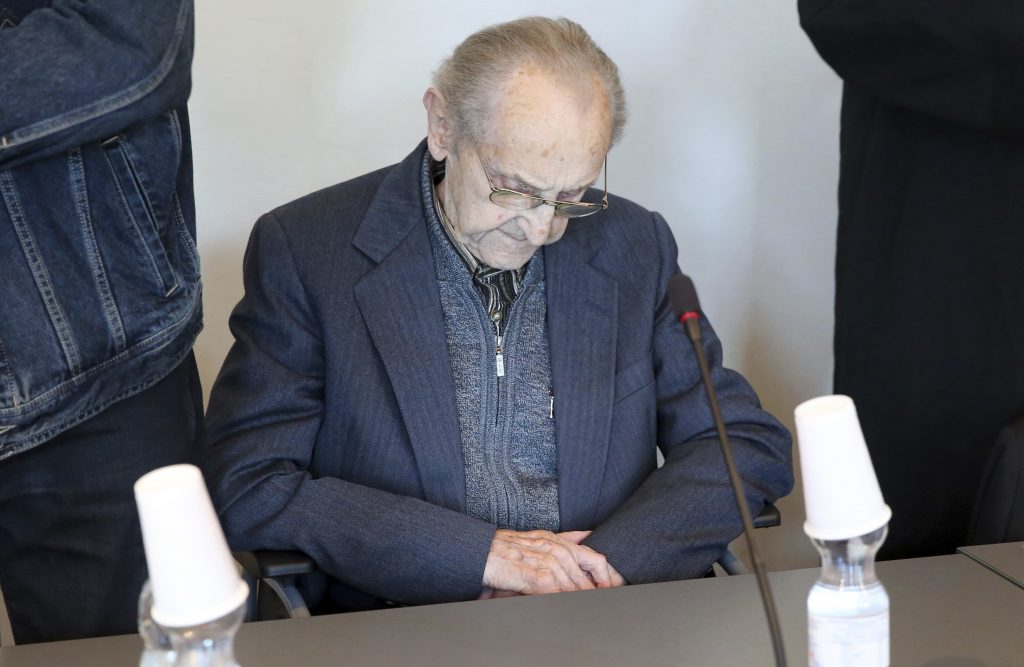 German authorities are seeking to end the prosecution of a former SS medic who served at the Auschwitz death camp, saying lengthy delays mean that the nearly 97-year-old suspect is now no longer fit for trial.

The prosecutors’ office in Schwerin said Thursday that Hubert Zafke was examined by experts twice in recent months and found unfit.

Zafke was charged with 3,681 counts of accessory to murder in 2015 for allegedly helping the Auschwitz death camp in Nazi-occupied Poland function. His attorney says he did nothing criminal.

In June, three state court judges in the northeastern city of Neubrandenburg, who repeatedly delayed his trial over questions of his health, were removed after prosecutors and attorneys representing Auschwitz victims and their families complained of bias.