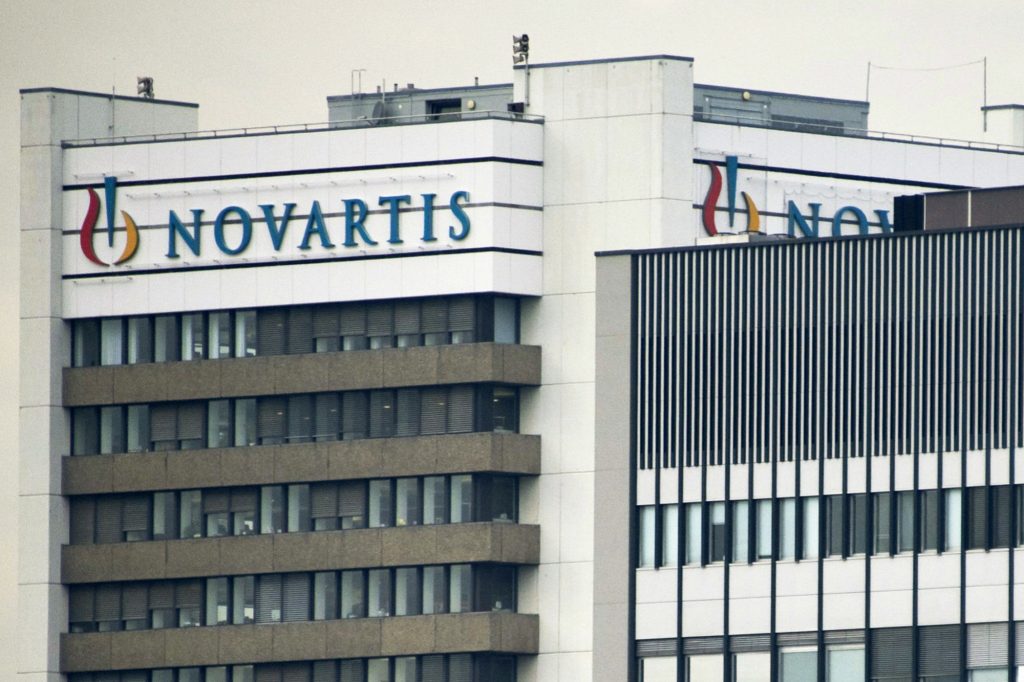 A landmark drug study has opened up a potent way to lower the risk of heart attacks, beyond the now standard advice of reducing cholesterol, promising new avenues of treatment of Americans’ No. 1 killer.

The findings, more than two decades after the discovery of powerful cholesterol-lowering drugs, called statins, taken by tens of millions, were announced Sunday at a medical conference in Barcelona and published in two leading medical journals.

Physicians not involved in the study described the results as a scientific triumph, calling the implications for drug treatment of heart disease “huge.”

The findings provide validation of an idea that has been tantalizing cardiologists for years: that reducing inflammation could be a way to treat artery-clogging heart disease.

“It’s a new paradigm: a new opportunity to further reduce death and disability,” said Mark Creager, a past president of the American Heart Association, who was not involved in the study. “We’ve made such tremendous inroads in treating heart disease over the last couple of decades, and it’s hard to imagine we could confer additional benefits, but here you go.”

But the implications and timing of any benefit for patients remain to be seen. The drug company that sponsored the trial, Novartis, plans to meet with regulators this fall and file for approval by the end of the year. The drug, an injection given once every three months, would then be reviewed by the Food and Drug Administration.

A key question is which patients will benefit; the study showed its effect – a 15 percent drop in a combined measure of heart attacks, stroke and cardiovascular death – in a select, high-risk population of people who had suffered a previous heart attack and had high levels of a marker of inflammation in their blood. But a subset of patients appeared to get greater benefit from the drug, called canakinumab.

About 15 million people in the United States suffer from the general type of heart disease studied in the trial, according to David Goff, director of the division of cardiovascular sciences at the National Heart, Lung and Blood Institute. There are about 635,000 first-time heart attacks a year in the United States. Of those who survive a heart attack, about 40 percent have high inflammation that puts them at risk for another, despite current therapies.

“I would say the public health impact potential is really substantial,” Goff said, estimating a ballpark figure of about 3 million Americans who might benefit from the drug based on the study’s evidence.

Inflammation is a natural part of the body’s response to infections or injury, but it has been implicated in a growing number of diseases, including cancer.

When cells are injured, they release signaling chemicals and attract immune cells to the site of injury. This process is typically protective, but in heart disease, an inflammation response can contribute to the growth and rupture of fatty deposits that block blood vessels, the ingredients for a heart attack.

But successful heart disease drugs that lower inflammation have other effects, such as lowering cholesterol. That made it hard to distinguish how much of the benefit stems from changes to cholesterol vs. a reduction in inflammation.

By testing a Novartis drug that only affected inflammation, without budging cholesterol, researchers were able to show for the first time that the approach could reduce cardiovascular risk.

“To me, this is like rolling back the clock on statins all the way back to 1994. The first statin came out and we said, ‘Wow, here’s a new class of drugs that can really impact on heart attack and stroke,’ ” said Paul Ridker, director of the Center for Cardiovascular Disease Prevention at Brigham and Women’s Hospital in Boston who has doggedly pursued the “inflammatory hypothesis” of heart disease for more than two decades. Ridker has served as a paid consultant to Novartis. “This is the first step, but a big one that is very exciting.”

The trial results don’t mean targeting inflammation is a magic bullet or that people should give up trying to manage cholesterol. Canakinumab, which is already approved for rare diseases under the brand name Ilaris, came with a serious side effect – an increase in the risk of rare fatal infections. Despite the cardiovascular benefit, and a reduction in lung cancer mortality, there was no overall survival benefit, although cardiologists noted that the trends were in the right direction.

The results provide a clue to better treating what Ridker calls the “missing half of heart disease”: the many people whose risk of heart attack remains high, despite well-controlled cholesterol.

It could offer another potential tool for cardiologists, but it does not replace existing therapies – and finding the patients who are likely to get the most benefit will be essential, several outside cardiologists said.

The 10,000 people in the six-year trial had all survived a prior heart attack and carried high levels of blood markers of inflammation. They were on medications, including statins, to reduce the risk of a second event.

“I once described this trial at a meeting as being ‘courageous.’ … This was just a real long shot in many people’s eyes,” said Steven Nissen, a cardiologist at the Cleveland Clinic who was not involved in the study, but acts as an unpaid adviser to Novartis.

“It opens up an entirely new vista for the treatment of heart disease, because now everybody on the planet, in the pharmaceutical industry and in research institutions like ours and at the National Institutes of Health, are going to be looking to find anti-inflammatory therapies.”

The findings were presented at the European Society of Cardiology, and published in the Lancet and the New England Journal of Medicine.

Several physicians said more needs to be known about the infection risk before the drug is put into routine use. The greatest potential could be the development of even better medications with fewer drawbacks.

A second, federally funded trial of an old, cheap drug called methotrexate, that works in a similar manner, is already underway.

The findings could also thrust the debate over pharmaceutical prices back into the spotlight. Ilaris is already approved as a rare disease medicine.

Such drugs typically carry high price tags because of the tiny number of patients they treat. Novartis executives said it was premature to discuss pricing. But under its current list price, a year’s therapy would cost $64,000. The cardiovascular benefit of the drug was similar to a recent class of cholesterol-lowering drugs that have faced slow adoption in the real world, due in large part to their high list prices of more than $14,000 a year.

“What would be truly a shame to me is if we travel down this same pathway, where there is an exciting development clinically, where patients can benefit, and there’s kind of a breakdown in the system from the pricing decisions of manufacturers and payers, that just lead to gridlock and friction and clinicians have a hard time” prescribing it, said Steven Pearson, president of the Institute for Clinical and Economic Review, a nonprofit that measures the cost-effectiveness of medicines.

Ridker, who is a co-inventor on a patent for a blood test for markers of inflammation, fought skepticism about whether the drug would work, and its potential toxicity.

Novartis decided midway through to slash the number of patients from 17,000 to 10,000. Ridker’s hopes for the trial results were relatively modest, at least enough data to point to clear next steps for science, “that we could finally say, ‘Here’s the first evidence for lowering inflammation,’ ” he said.

When researchers finally learned which patients were on the drug and which were on a placebo this summer, the results exceeded his hopes on cardiovascular measures and carried an intriguing hint about a striking reduction in the incidence of fatal lung cancer.

Novartis executives said that they plan to ask regulators if there is a way to reflect the cancer benefits on the drug label as they seek approval for its use in heart disease.

The company also has a number of studies planned to examine an anti-inflammatory approach to cancer treatment. Cancer researchers said the result was intriguing, but cautioned against reading too much into the results.

Barnett Kramer, director of the Division of Cancer Prevention at the National Cancer Institute, said it was unclear whether the effect was preventive or therapeutic, or even whether it was a chance finding, without a trial specifically designed to further test the idea.

“The cancer endpoints provide an interesting lead,” Kramer said. “One always has to be careful in interpreting unanticipated findings. Not to ignore them, but I think not accept them as a proof of a benefit.”