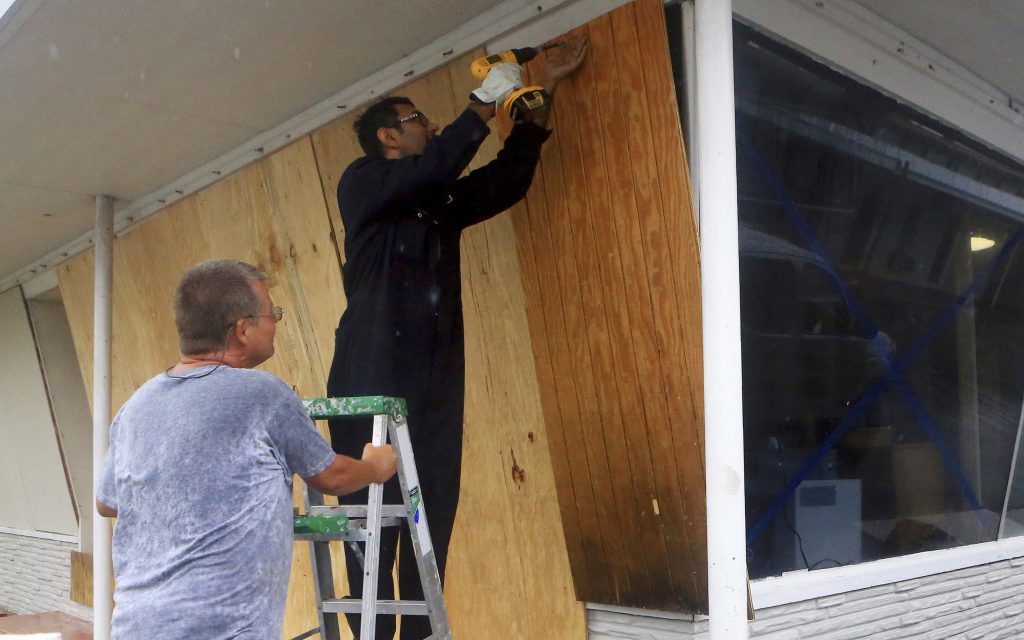 Harvey made landfall in Texas on Friday night as the strongest hurricane to hit the U.S. in more than a decade. By Saturday afternoon it had been downgraded into a tropical storm, but it had dumped 18 inches of rain on some areas and forecasters were warning that it could cause catastrophic flooding in the coming days.

Here is a timeline of key moments in the storm’s development:

Thursday, 1 p.m. After quickly strengthening over the course of a day, Harvey becomes a hurricane, with maximum sustained winds of 85 mph. It is about 325 miles southeast of Port O’Connor, and Texas coastal communities in its path are urged to complete their preparations. By midnight, it is upgraded to a Category 2 hurricane and is 220 miles from Port O’Connor, with sustained maximum winds of 100 mph.

Friday, 10 p.m. Harvey makes landfall as a Category 4 hurricane when the eye of the storm comes ashore between Port Aransas and Port O’Connor, two communities on a spit off the coast of mainland Texas near Corpus Christi.

Shabbos, 2 a.m. Harvey is centered about 15 miles inland and is weakening as it slowly passes over land. It has been downgraded to a Category 3, with maximum sustained winds of 115 mph. Two hours later, it is downgraded further to a Category 2.

Shabbos, 5 a.m. With maximum sustained winds of 90 mph, Harvey is downgraded to a Category 1 storm. Forecasters warn of potentially catastrophic flooding in the coming days.

Hours later, it is downgraded yet again to a tropical storm and is blamed for its first death — that of a person in Rockport, which sustained heavy damage.