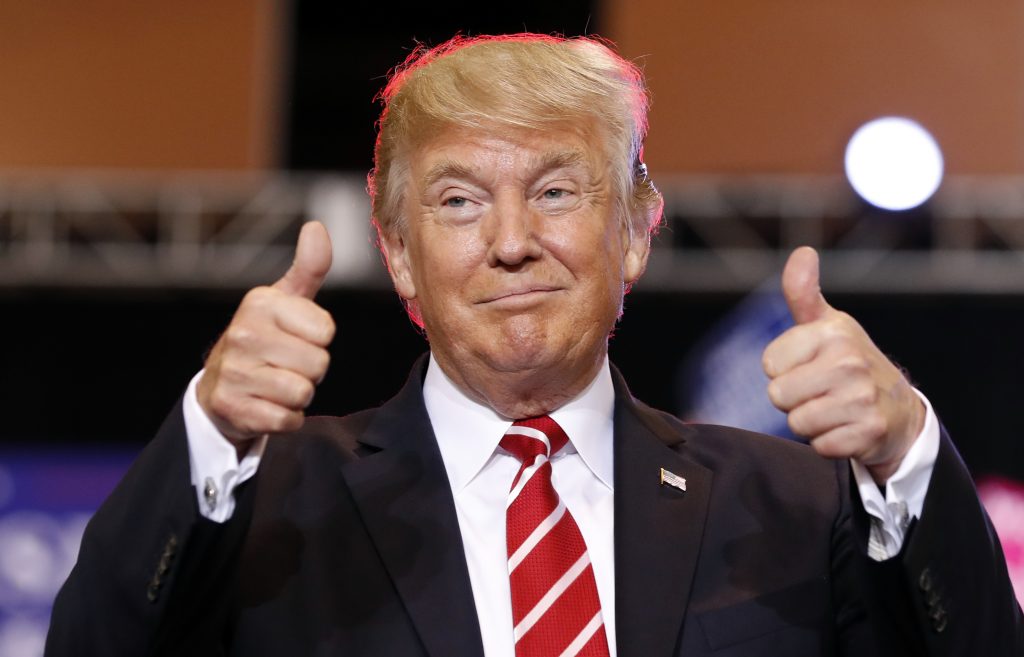 President Donald Trump’s threat to shut down the federal government over his demand for $1.6 billion in border wall money could upend delicate negotiations on Capitol Hill to keep the government open and funded past Sept. 30, further entrenching Democrats against what they see as an unpopular president scrambling to appeal to his base of supporters.

During a campaign rally in Phoenix on Tuesday night, Trump leveled his latest threat about blocking new government funding if it doesn’t include the $1.6 billion he wants to partially construct a new wall along the Mexico border.

“Build that wall,” he said. “Now the obstructionist Democrats would like us not to do it. But believe me, if we have to close down our government, we’re building that wall.”

Government operations are only funded through Sept. 30, which is the end of the federal fiscal year. If Congress and the White House don’t agree on new funding levels by then, there will be a partial government shutdown. It will close national parks, suspend many government operations, and send hundreds of thousands of federal workers – many of them in the Washington area – home without pay on “furlough.”

Federal workers are traditionally repaid for the lost wages, but if a shutdown is prolonged it can cause major strains because of a disruption in income.

The House of Representatives in July passed a bill that would direct $1.6 billion towards new wall funding, but Senate Majority Leader Mitch McConnell has not said whether he will include a similar measure in the Senate funding bill. Democrats – and some Republicans – oppose the use of taxpayer money to build a new wall along the Mexico border, and McConnell needs at least eight Democrats to agree to any funding bill in order for it to pass.

Democrats have said they support spending money for border security, but they have opposed the use of taxpayer money for the construction of a new physical wall along the Mexico border.

Trump has threatened to shut down the government before. In May, he bemoaned Senate rules that require 60 procedural votes before bills can move to the floor for a final vote. He has repeatedly urged McConnell to change this longstanding rule, to no avail.

“Our country needs a good ‘shutdown’ in September to fix this mess!” Trump wrote on Twitter in May.

“either elect more Republican Senators in 2018 or change the rules now to 51%. Our country needs a good ‘shutdown’ in September to fix mess!

Digging in on the border wall money and vowing to shut down the government comes during a period of tense negotiations between Republicans and Democrats on Capitol Hill, and it could sour discussions on a number of fronts.

Congress needs to reauthorize a law that provides health care to low-income children by the end of September or there will be cuts to funding for that program, and they also must raise the debt ceiling by Sept. 29, or Treasury Secretary Steven Mnuchin has said the U.S. government could run out of the money needed to pay all of its bills.

The last government shutdown was from Oct. 1 until Oct. 17 in 2013. The number of federal employees placed on furlough during that shutdown peaked at 850,000 workers, with federal employees losing a total of 6.6 million work days, the Obama administration said at the time. Economists also believe that the shutdown negatively impacted economic growth, though they disagree on precisely how much.

The government shutdown in 2013 was led in part by Sen. Ted Cruz (R-Texas) and his demands for new votes related to the Affordable Care Act. He had support at the time from then-Rep. Mick Mulvaney (R-S.C.), a leader of a conservative wing of the Republican Party. Mulvaney is now Trump’s budget director and has also demanded Congress authorize the $1.6 billion in wall funding.

The 2013 shutdown was the first since the 1990s. It is very unusual for there to be a government shutdown when one political party controls the White House and both chambers of Congress as Republicans do now. Typically shutdowns occur when control of government is split between Democrats and Republicans and lawmakers are at an impasse.