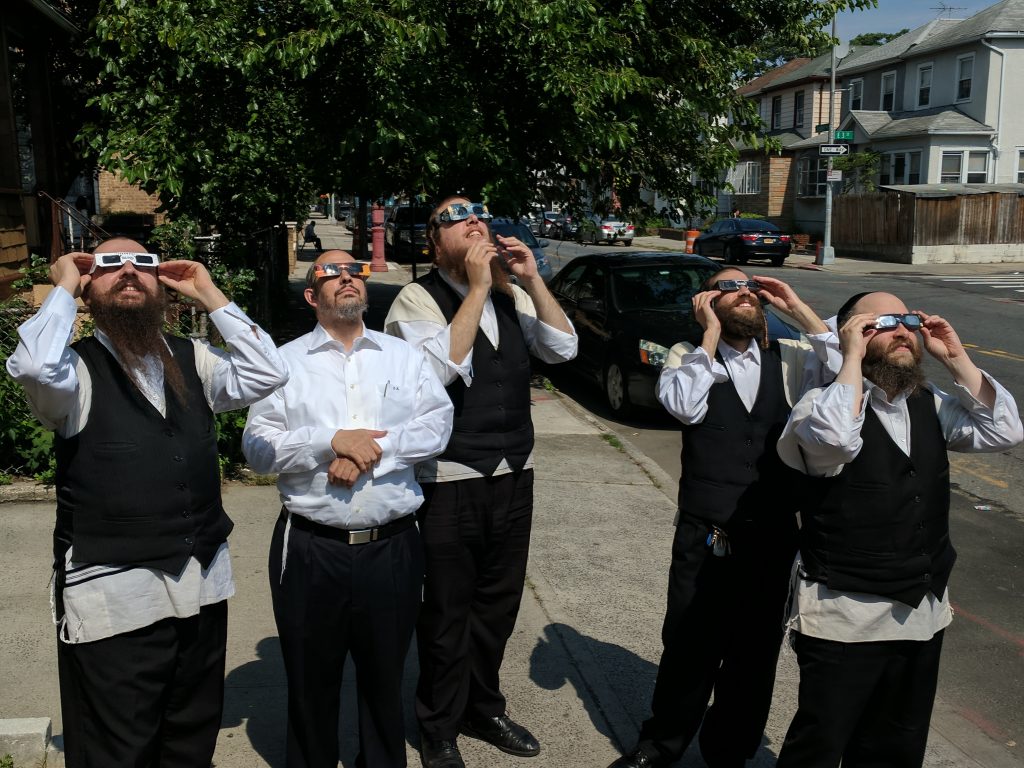 Though their city was not in the path of “totality,” New Yorkers enjoyed the 71-percent eclipse that occurred at 2:44 p.m. Monday.

“It was an awesome sight, an amazing scene of niflaos haborei,” Yosef Akko, of Boro Park, told Hamodia. “I was tempted to sing and dance, ‘Tovim me’oros shebara Elokeinu.’ ”

Akko was one of two-dozen people who gathered on Foster Avenue in Brooklyn to watch the historic event, as friends and strangers passed special solar-viewing glasses to one another.

“The lesson of the eclipse is that nature and everything connected to it is in Hashem’s hands,” said Akko. “We are not controllers of our own destiny.

“I think it was a chessed from shamayim that this rare event occurred on Erev Rosh Chodesh Elul, when we can all use a reminder of Who runs this world.”