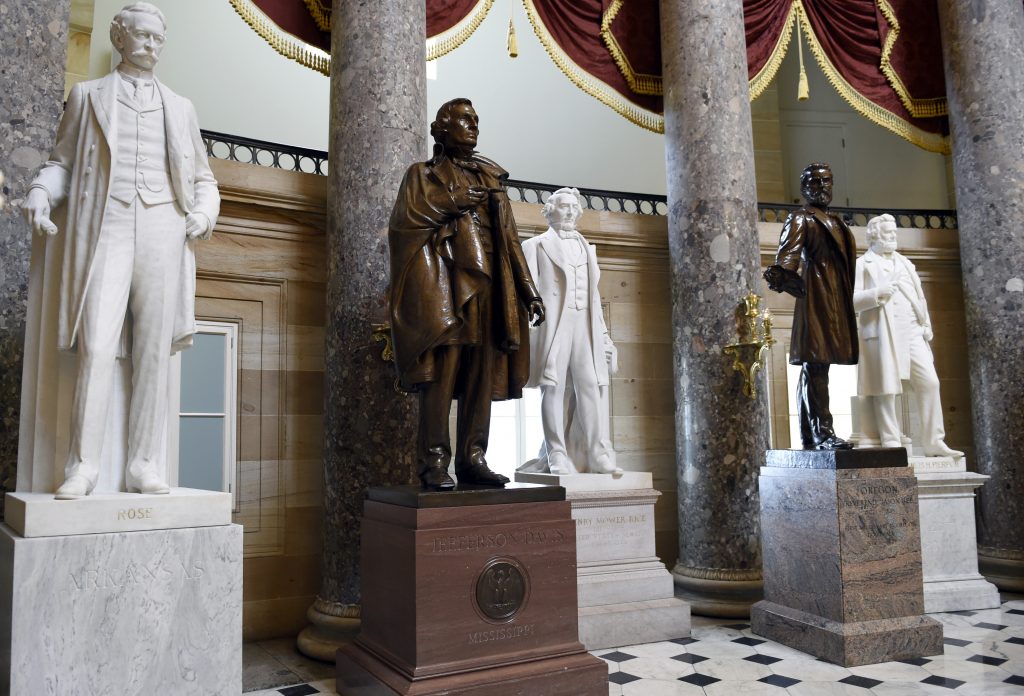 House Minority Leader Nancy Pelosi is calling for the removal of Confederate statues from the U.S. Capitol as the contentious debate over the appropriateness of such memorials moves to the halls of Congress.

Pelosi says she is calling on Speaker Paul Ryan to join Democrats in supporting legislation to remove the Confederate statues. She says the statues in the Capitol should “embody our highest ideals as Americans, expressing who we are and who we aspire to be as a nation.”

Each state is allowed to place two statues in the Capitol. Doug Andres, a spokesman for Ryan, says the display of statues is a decision for the states to make.

Sen. Cory Booker, a New Jersey Democrat, says he will sponsor legislation to remove Confederate statues from the Capitol building.