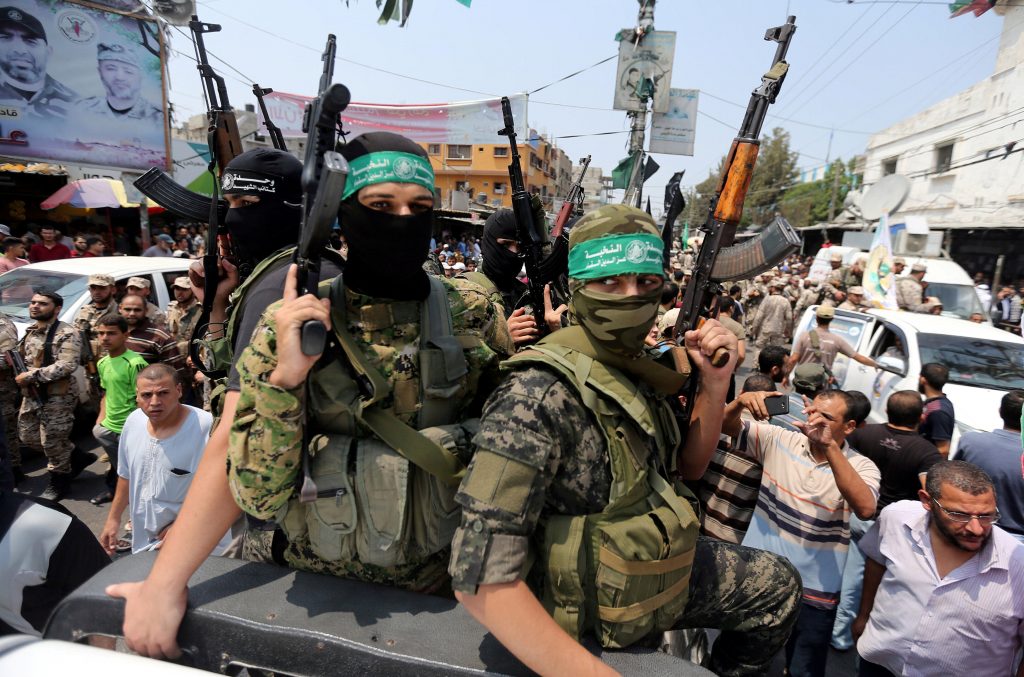 A top Hamas terrorist was killed overnight Wednesday in an apparent suicide bombing on the border between Gaza and Sinai. Nidal al-Jaffari, a top terrorist in Hamas’s military wing, was killed when an individual set off an explosive device at the border, Hamas confirmed. Several other Hamas terrorists were injured in the explosion.

The perpetrator of the explosion was later identified as Mustafa Kalab, who had apparently adopted Salafist Islamic ideology, which considers Hamas too moderate in its approach to government and religion. According to his family, Kalab’s intention had been to sneak over the border into Sinai, but when he saw he was about to be arrested, he set off the device.

The border gate between Sinai and Gaza has been closed for months. It was opened on Wednesday for a period of two days, to allow Gazans to make their pilgrimage to Mecca.