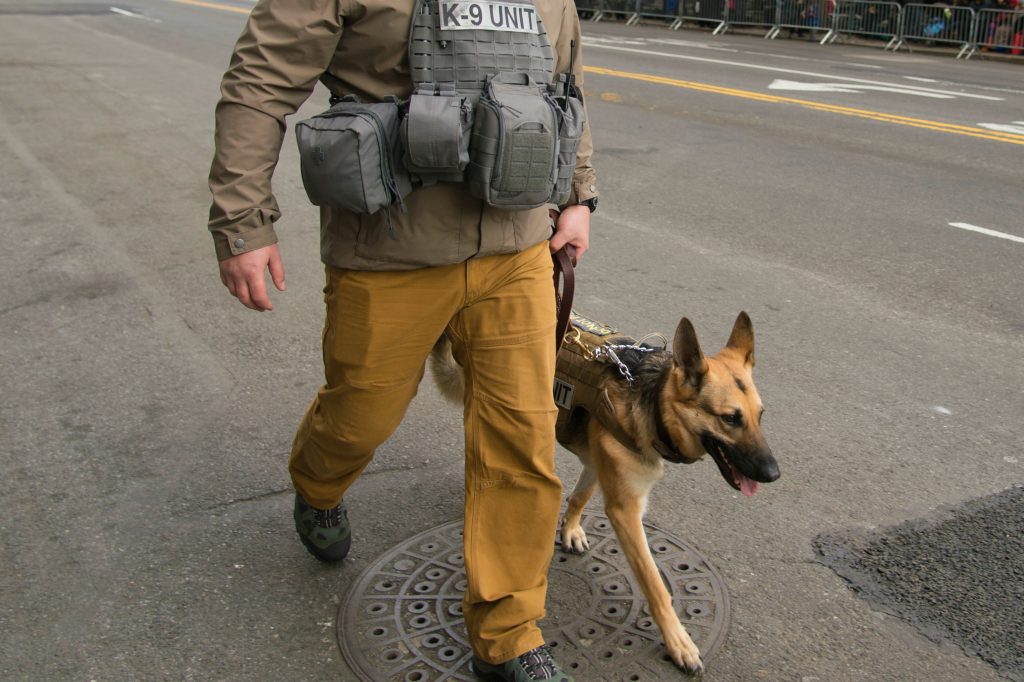 A New York City police dog is recovering after falling through a ceiling during a raid last week.

According to police, the German shepherd named Timoshenko was injured while searching the attic of a Brooklyn home Thursday. Police say the K-9 led officers to several weapons that included an assault rifle, shotgun and semi-automatic pistol before falling through the ceiling of the Red Hook home.

Police say 61-year-old Agron Haskaj was arrested on multiple weapons charges after the raid. It wasn’t clear if Haskaj had an attorney.

Timoshenko is named after Officer Russel Timoshenko who died in the line of duty in 2007.