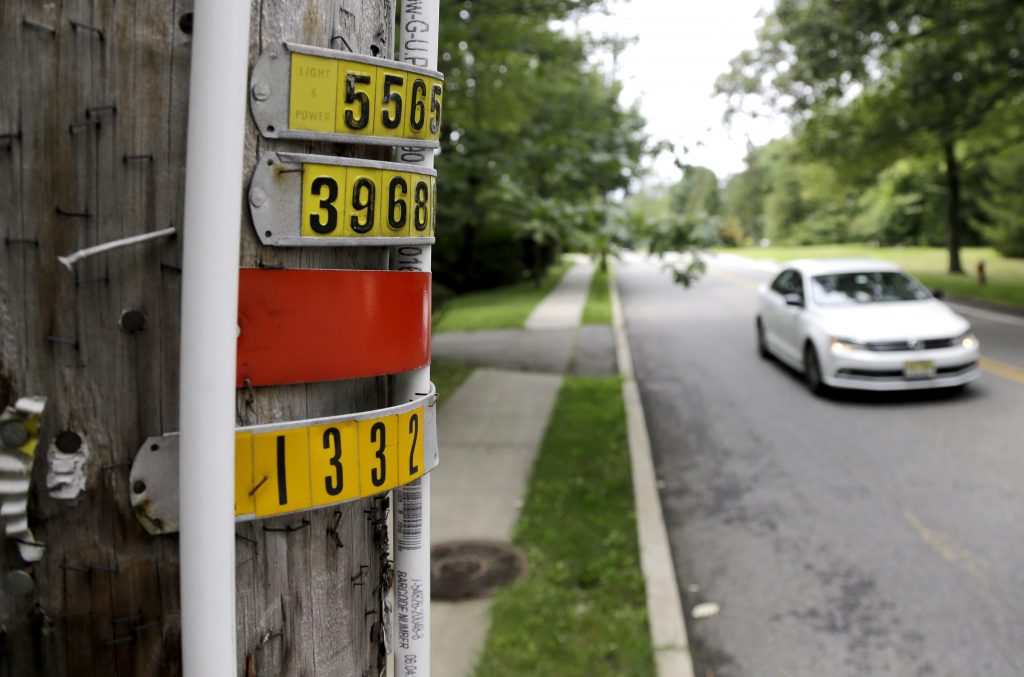 An Orthodox Jewish community group has sued a New Jersey town that has moved to block the group from building an eruv made up of white plastic piping through town.

The Bergen Rockland Eruv Association and two New York residents filed the federal lawsuit Friday against the town of Mahwah. They say the town is violating their constitutional and civil rights.

Mahwah officials say the markers violate local laws that prohibit signs on trees, rocks and utility poles, and they will start issuing summonses next week if it isn’t removed. They haven’t commented on the lawsuit.

The town lies about 33 miles northwest of New York City.

“The object, motivation and effect of the actions of the township is to suppress the religious practices of the plaintiffs and certain other Jews who reside in Airmont and other parts of Rockland County (in New York),” the lawsuit states. “The eruv presents no aesthetic, safety, traffic, fiscal or other concern to Mahwah.”

Eruvin are set up in communities of Orthodox Jews across the country, including one made of fishing line that stretches along utility poles for 18 miles around New York City. Some have led to disputes, including a six-year legal fight in Tenafly, New Jersey, which was forced to pay a Jewish group more than $300,000 in legal fees and allow them to keep their eruv up.

The Jewish community’s supporters say the incursion into Mahwah is only because the layout of utility poles doesn’t form an enclosure around the Rockland County border.

In a unanimous vote, Thursday, the Mahwah Town Council voted to begin issuing summonses Aug. 18 if the piping is not removed. But Yehudah Buchweitz, an attorney representing the South Monsey Eruv Fund, a subsidiary of the Bergen Rockland Eruv Association, told The Record that the eruv will remain despite the threat of summonses.

“There’s no law that I’m aware of that actually prohibits the lechis,” Buchweitz said.

Mayor Bill Laforet has asked the council to hold off on issuing summonses and instead create a negotiating window with the eruv group. Laforet said a legal fight could prove costly for the town.

The dispute comes as Mahwah reconsiders a new law limiting its parks and playgrounds to New Jersey residents.

That measure came about after town residents complained of families with New York license plates using a park near the state border, but the county’s prosecutor ordered the police not to enforce it after Mahwah’s police chief raised concerns that people reporting violations were targeting Jews.

The eruv expansion and park ordinance follows years of growth among the Orthodox Jewish population in southern Rockland County in New York. There have also been complaints around the region of aggressive solicitation by real estate brokers looking to buy homes for the Jewish community in the suburbs of New York City and around New Jersey as real estate in New York becomes too expensive.