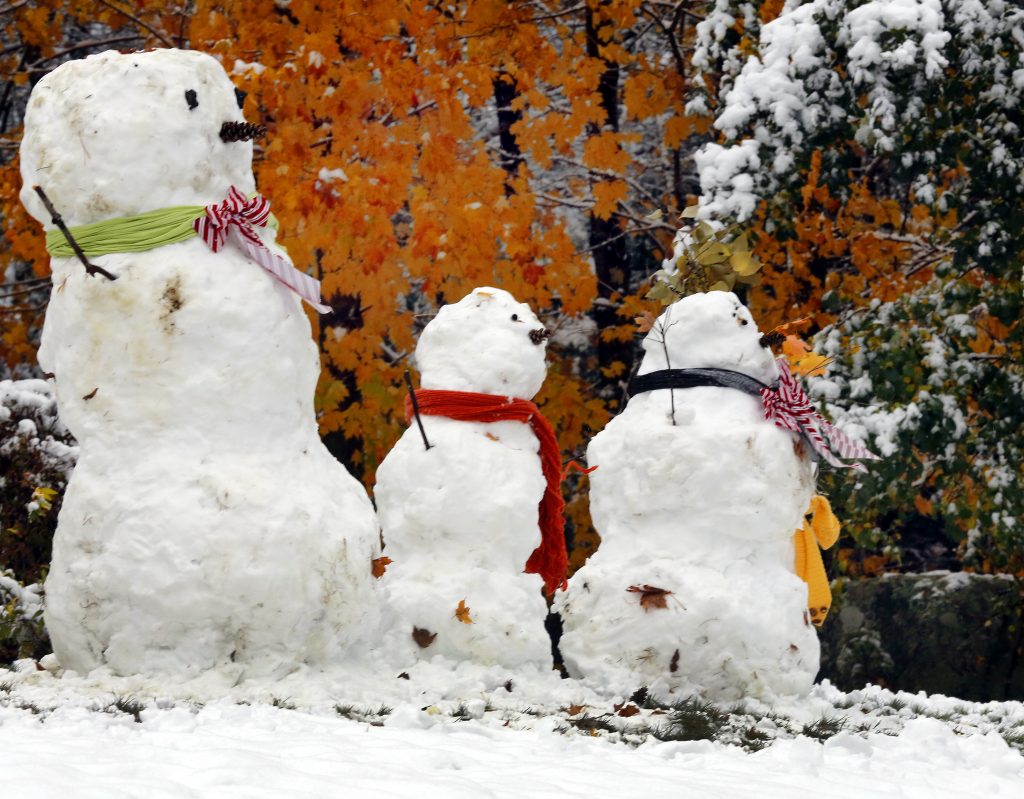 The Farmer’s Almanac that goes on sale this week predicts a snowy winter from Maryland to Maine with five coastal storms to bring winter misery to the region.

The publication, now in its 200th year, isn’t afraid to go out on a limb with long-term weather forecasts that rely on a formula founder David Young first used in 1818, which utilizes sunspots, tidal action and other factors shunned by modern scientists.

Editors are looking to redeem themselves after missing the mark when heavy snow failed to materialize in the Midwest and the Middle Atlantic states were milder than anticipated last winter.

“Being in the business of predicting long-range weather forecasts is exciting, worrisome and rewarding,” said managing editor Sandi Duncan. “Many of our readers rejoice when we predict cold and snowy conditions, while others complain that it’s too cold and wet. Yet we have to stick by our predictions no matter what the seasons may throw at us.”

The 2018 edition dubbed this winter “The cold, the dry, and the wet, and the wild.” Its reclusive weather prognosticator, who works under a pseudonym, suggests colder-than-normal temperatures for eastern and central regions, wetter-than-normal weather for southeastern states, and drier-than-normal conditions for the nation’s western third that was pummeled by snow last winter. It also predicts “wild” winter variations for the area where Arkansas, Louisiana, and Oklahoma meet.

Editors continue to stick to their timeworn formula, even though they admit forecasting is an “inexact science.”

There’s more than just weather in the almanac, which has a circulation of 2.1 million in North America. The Maine-based publication, not to be confused with the Old Farmer’s Almanac in neighboring New Hampshire, is finding new readers among Americans interested in where their food comes from, growing fresh produce in home gardens and finding a simpler way of living.

Many of those readers are city dwellers who may never set foot on a farm, said Editor Peter Geiger.

The changing demographics inspired a change. The cover still features an old farmhouse, but it depicts skyscrapers as well.