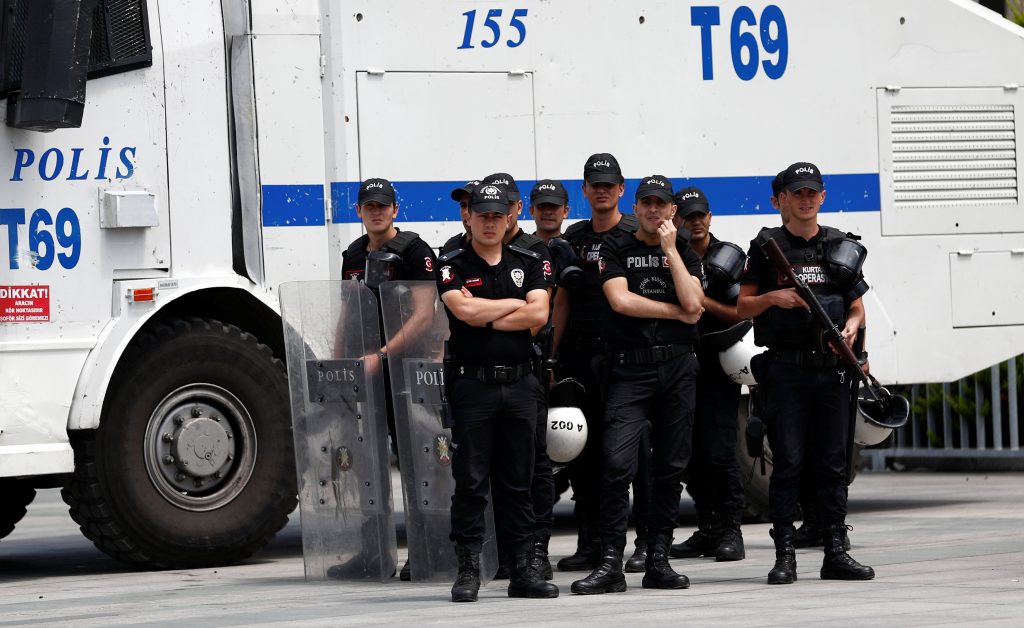 Anadolu Agency says Saturday that police conducted simultaneous operations in the southeastern provinces of Sanliurfa and Gaziantep as well as eastern Malatya province. They say the three men are thought to have been part of a “Daesh execution team,” using an Arabic acronym for IS.

The counter-terror operations followed an investigation into a drive-by shooting of a Syrian national in Sanliurfa last month. The gun used in that attack was found on the suspects.

The suspects used chats in phone gaming applications to communicate with IS members, according to private Dogan news agency.

Anadolu said the men are thought to have been planning attacks on people working against IS.