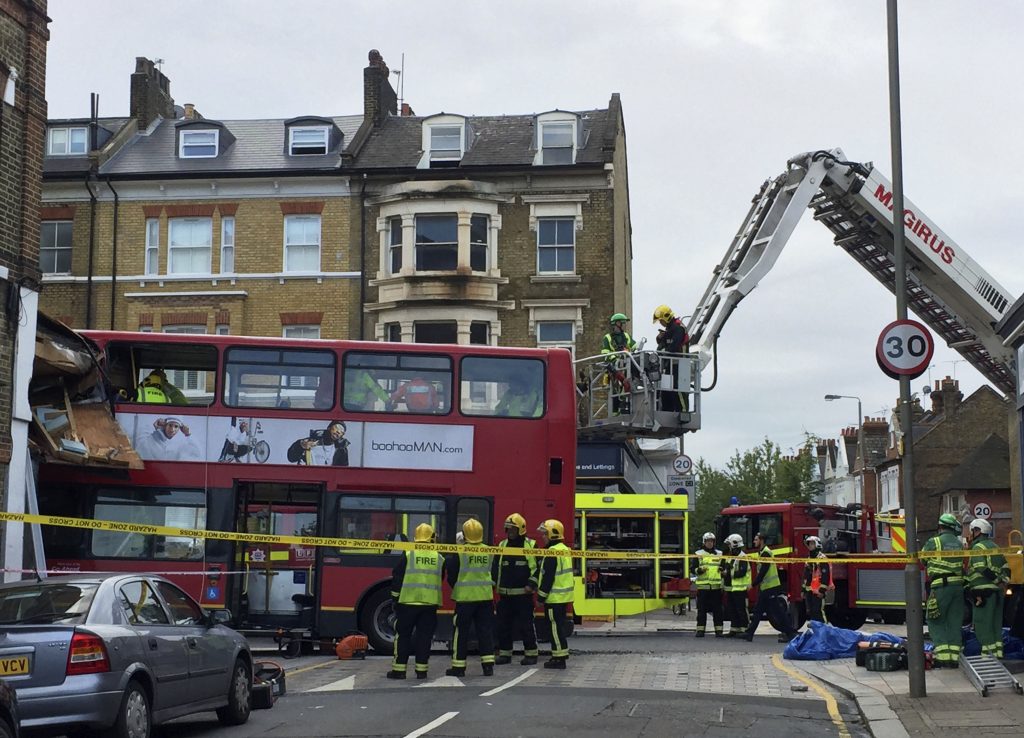 British emergency services say two people were trapped and several injured when a double-decker bus plowed into a store on a busy south London street.

Transit officials say the bus was heading for the city’s Waterloo station when it careened through the plate-glass window of a kitchen shop in Lavender Hill in the Battersea area on Thursday morning.

Firefighters freed two people trapped on the upper deck. The ambulance service says paramedics have treated 10 casualties, three of whom, including the bus driver, were taken to hospitals.

Passenger Amy Mullineux said the driver told her he “blacked out before the bus hit the shop. He doesn’t remember hitting anything.”