Plant-Based Diet? Sure, But First Understand What It Means 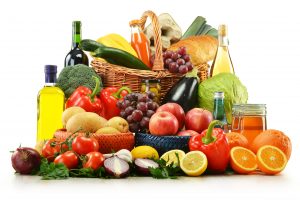 The concept of eating a “plant-based” diet is tossed around frequently, but it’s a label that can be confusing. Some people shy away from the notion because they assume that plant-based is code for “vegan.” On the other hand, it’s easy to think that eating all plants and no animals guarantees that your diet is healthful and nutritious. But does it?

The research in support of plant-based diets is bountiful, which is likely because of what they include — vitamins, minerals, phytonutrients and fiber — as much as what they don’t — excess saturated fat. But one limitation of much of that research is that it defines “plant-based” as vegetarian. Plant-based diets can take many forms, from vegan to vegetarian to flexitarian to omnivore. The common denominator is that they make plant foods the focal point of the plate. If you choose to eat animal foods like meat, poultry, fish, eggs or dairy, they play smaller, supporting roles.

The other limitation is that the research tends to treat all plant-based diets equally, without regard to food quality. The fact is that many people focus on avoiding certain foods but are blind to whether the rest of their diet is nutritionally adequate. This is one of the perils of demonizing specific foods — no one food makes or breaks a diet, and it’s your overall eating pattern that matters most for health and well-being.

A recent study published in the Journal of the American College of Cardiology seems to agree. It found that when it comes to the plants you eat, quality does count — and omnivores have a place at the plant-based table, too.

Not all plants are created equal

The study, which came from the Harvard T.H. Chan School of Public Health, included more than 200,000 women and men from the Nurses’ Health Study and the Health Professionals Follow-up Study, aimed to get a clearer answer on both quantity and quality of plant foods needed to see a benefit for health. This included the role of animal foods. Researchers measured what proportion of each participant’s diet was plant-based, and whether those plant foods were healthful — vegetables, fruits, whole grains — or unhealthful — sweetened beverages, refined grains, sweets.

They found that a diet rich in healthful plant foods is associated with a substantially lower risk of developing heart disease, while a plant-based diet that emphasizes less-healthful plant foods is associated with increased risk of heart disease. Those eating a nutritious plant-based diet while also being more physically active fare even better. In a 2016 study, the researchers found similar results for the risk of developing type 2 diabetes.

The study also supports the value of a plant-rich diet even for omnivores. Individuals who ate the least plant foods were eating about five or six servings of animal foods per day, while those with the most plant foods were eating three servings of animal foods. This means that reducing — not eliminating — animal foods even slightly while increasing healthy plant foods has benefits for preventing heart disease and diabetes. This allows a lot of flexibility with eating. The traditional Mediterranean diet follows this pattern, as do other healthful dietary patterns from around the globe.

Putting the research on your plate

While association does not prove cause and effect, there are various physiological mechanisms that may explain the health benefits of a plant-based diet. Whole and minimally processed plant foods are rich in vitamins, minerals, phytonutrients and antioxidants, along with heart-healthy unsaturated fats and dietary fiber. Together, this can promote healthy blood pressure, blood sugar and cholesterol levels, while lowering inflammation and nourishing your gut microbiota. To reap these benefits, here’s what to eat more of:

At the same time, here’s what to eat less of:

In this era of “free-from” foods (lactose-free, gluten-free, GMO-free), this study is a reminder that for nutrition and health, what you do eat matters as much as, if not more than, what you don’t eat.

Dennett is a registered dietitian-nutritionist.