Energy stocks also fell along with the price of crude oil. Only utilities sector stocks eked out a gain on a day of mostly listless trading as investors kept an eye on the latest company earnings and geopolitical news.

The remarks followed a new report asserting that U.S. intelligence has assessed that Pyongyang has successfully produced a nuclear warhead that can fit inside its missiles. 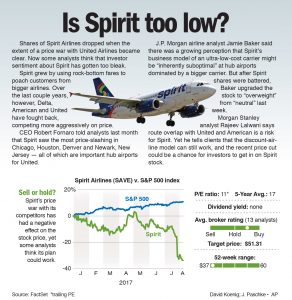 Bond prices were little changed. The yield on the 10-year Treasury note held steady at 2.26 percent.

The market indexes wavered between small gains and losses for much of the morning, then veered lower by afternoon. The slide deepened after Trump’s remarks on North Korea aired.

At a briefing on opioid addiction at his golf course in Bedminster, New Jersey, Trump warned North Korea not to make any more threats against the United States, adding that North Korea would be “met with fire and fury like the world has never seen.”

The VIX, a measure of how much volatility investors expect in stocks, jumped 10.4 percent. 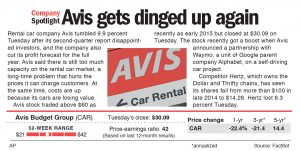 Michael Kors climbed 21.5 percent after the luxury handbag and apparel designer and retailer’s latest quarterly results beat analysts’ forecasts as sales improved. The stock was the biggest gainer in the S&P 500, adding $8.02 to $45.25.

Health-care equipment and services company Henry Schein declined amid a broader slide by health care stocks. Its shares slid $9.77, or 5.3 percent, to $174.02.

Benchmark U.S. crude fell 22 cents to $49.17 a barrel on the New York Mercantile Exchange. Brent crude, the international standard, lost 23 cents to $52.14 a barrel in London.